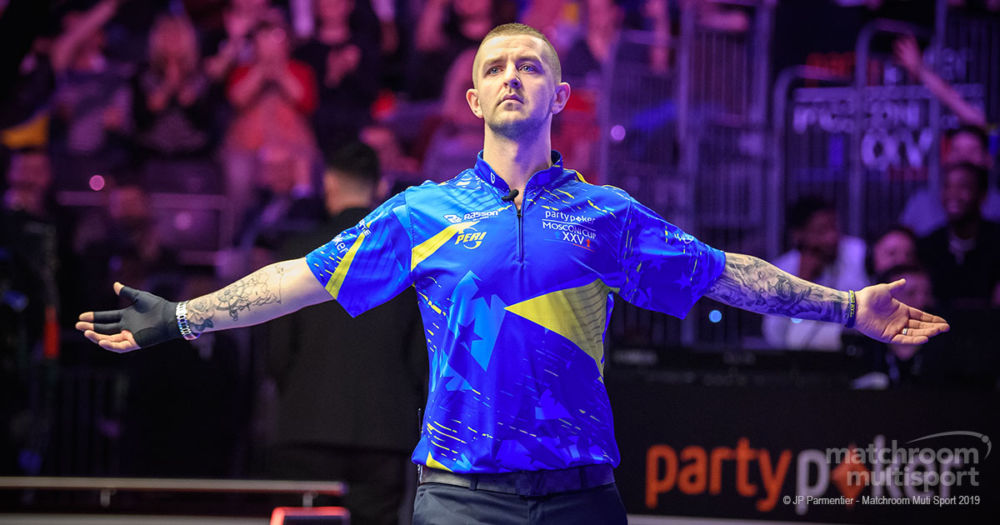 Jayson Shaw has been selected by captain Marcus Chamat as the first Team Europe wildcard for this year’s partypoker Mosconi Cup, which will take place at Mandalay Bay Resort, Las Vegas this November 25-28, live on Sky Sports and DAZN.

Former US Open champion Shaw made his Mosconi debut in 2016 and has been ever-present since. The Scotsman is a clear fan favourite and after suffering defeat to USA in London last year, is desperate to reclaim the Cup for Europe.

“It’s feels amazing to be playing my fourth Mosconi,” said Shaw. “I could not thank the captain enough; he’s got trust in me and I’m really thankful of another opportunity.

“Last year was the first defeat I had experienced at the Mosconi and it was a learning curve for all involved. For me, I learnt that USA have become a better team and we have to regroup and come up with a new plan for November.

“Europe will be ready to battle. We have to do what we have done for years; really grind and feed off each other and hope we can get off to a good start and bring that Cup back to Europe. It’s not going be easy but we are ready to win.”

Captain Chamat said: “Jayson is a quality player, especially under the pressure that the partypoker Mosconi Cup brings.

“Jayson is not the typical European; he isn’t quiet like a Ralf, Niels or Albin. He stands out, his personality is a little like mine when I was playing; I always wore my heart on my sleeve. He reminds me a bit of me except I don’t think I played as well as he does!

“He stands out and the team need that kind of mix and his big game. I know a lot of Americans have respect for his game.”