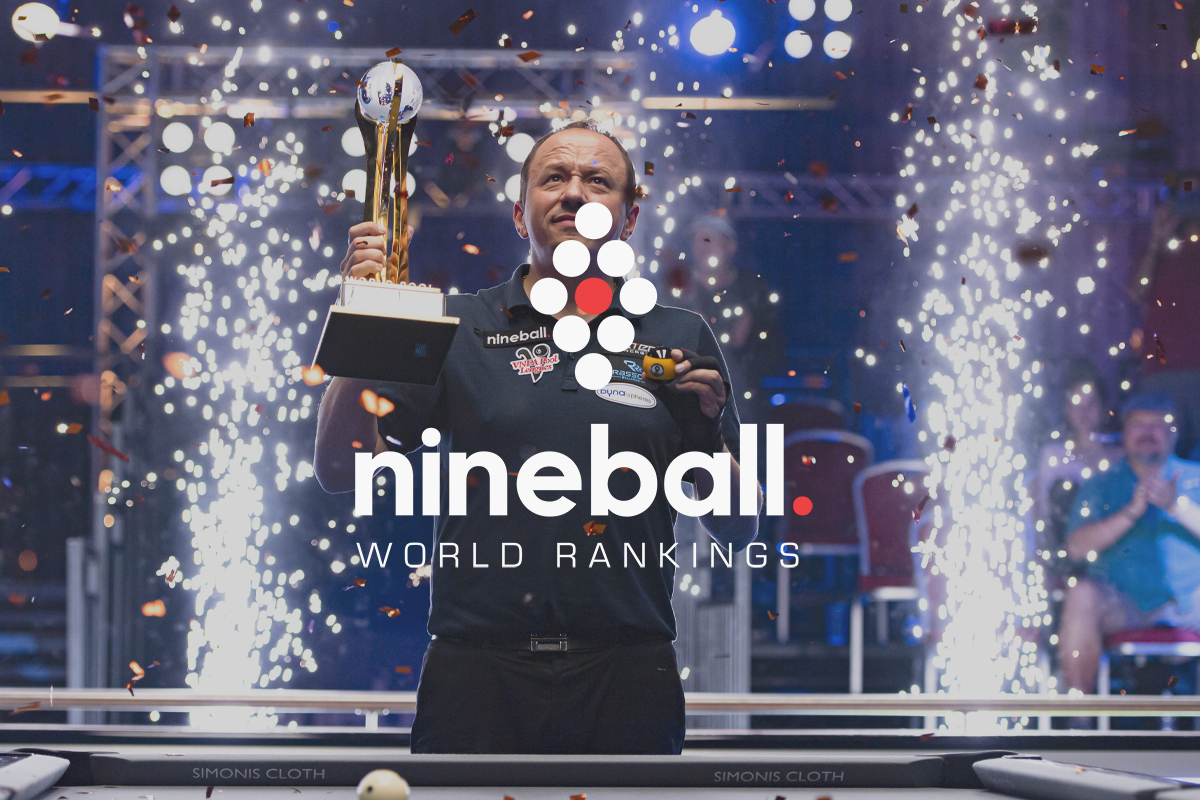 Shane Van Boening’s breathtaking victory over Albin Ouschan to clinch the World Pool Championship title for the first time has seen the American great become the Live 2023 Nineball World No.1 with earnings of over $60,000.

The World Pool Championship was the Nineball schedule’s first Blue Ribbon event with a newly increased prize fund of $325,000 on offer at the Marshall Arena, Milton Keynes.

Van Boening’s 13-6 win against Ouschan sees him in pole position to keep his spot in the USA Mosconi Cup team ahead of the cup returning to the USA this November 30-3 December at Bally’s Las Vegas.

The new World No.1 said: “I can’t believe it – it’s the biggest moment in my career for sure. I’ve won five US Opens but this is the day. I’ve dreamed of being world champion and today is that moment.”

“I have been trying for years. Two times I’ve been in the final and two times in the final. I just knew I was going to win the World Pool Championship. I dreamed I would be World Champion. It teaches you to work hard, follow your dreams and never give up.”

Despite defeat in the final, Ouschan did his hopes of another Mosconi Cup appearance for Europe no harm with a runner-up prize of $30,000 taking him to second on the rankings.

There was also much success for Chang Jung-Lin and Ko Pin Yi who returned to the Nineball arena for the first time since the Covid-19 pandemic. Jung-Lin’s run to the quarter-final earned him $10,000 and a move inside the World’s Top 10 whilst Pin Yi took home $6,000 with both defeated by Van Boening on the way to winning the title.

Abdullah Alyousef’s maiden semi-final appearance moved him to No. 6 on the rankings whilst Joshua Filler, Alexander Kazakis, Oliver Szolnoki, and Max Lechner all made in roads inside the top 10 where Francisco Sanchez Ruiz remains despite what he would describe as a disappointing week in Milton Keynes.

The Nineball schedule sees Ranking, Major, and Blue Ribbon Events across the globe with money earned contributing to the standings on the Live 2023 Rankings. Players can earn status on the Rankings from the upcoming events.

Events below are all ranking events. The World Pool Masters, World Cup of Pool, and Mosconi Cup are all non-ranking events

To be a part of the rankings, tournament organisers must follow the overall standards set out by the Nineball World Rankings to raise the profile of the sport. Whilst this will be flexible for 2022, the aim will be to standardise the professional rules of the game of Nineball producing fairness for players throughout all organised events as well as generating an easy understanding of the game: increasing awareness across the globe.