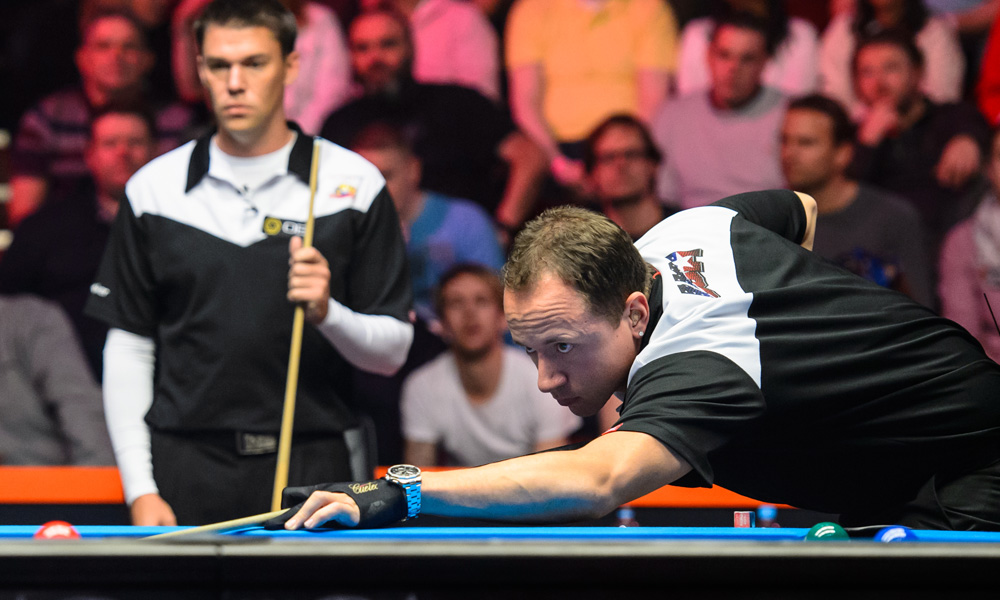 Shane Van Boening remains the front runner in the 2015 PartyPoker Mosconi Cup Team USA ranking, but the race for the second and third spots on this year’s team for Las Vegas is hotting up.

Van Boening sits top of the pile after the US Open 10-ball and US Open 8-ball tournaments. He has 72 points, twice as many as second-placed Corey Deuel and Skyler Woodward have amassed.

With just Turning Stone and the US Open 9-ball to be played, Van Boening is a hot favourite to make Mark Wilson’s team but could still be displaced from the top three.

Woodward and Deuel currently occupy the other two automatic qualification spots, but Jeremy Sossei, Justin Bergman and Scott Frost are all just four points behind while Mike Dechaine has jumped up the rankings after he finished runner-up at the US Open 8-ball.

Players who finish in the top 32 in the qualifying events will receive ranking points and there are three categories of tournaments with differing amounts of points awarded accordingly, with Turning Stone (category two) later this month and the 40th annual US Open in October (category one) the only events remaining.

Following the US Open the top three players on the ranking list will earn an invite to join Mark Wilson’s team, with the remaining two spots to be filled by wildcard picks.
With five events now completed, there are four more to be played – the US Open 8 Ball and 10 Ball in Las Vegas in July; Turning Stone in August and the 40th annual US Open in October. 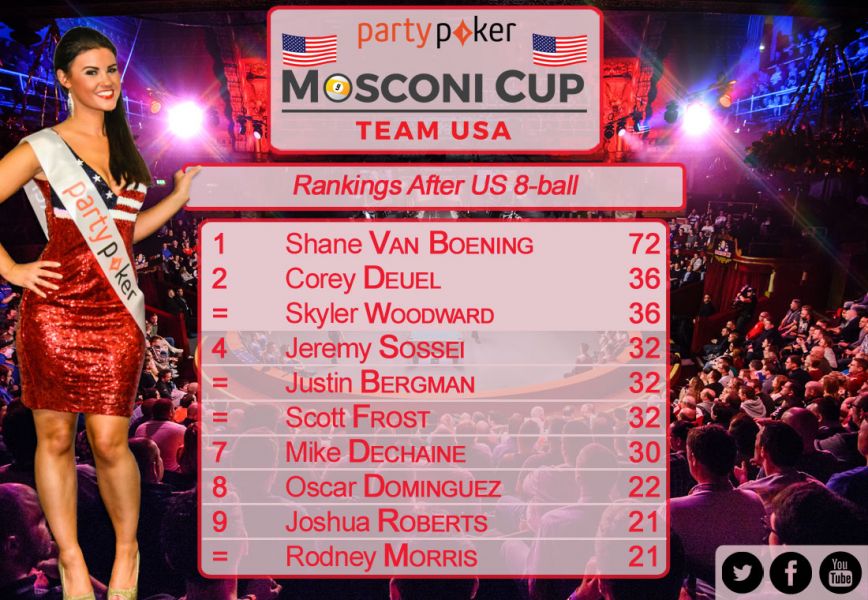 The PartyPoker Mosconi Cup takes place from 7th to 10th December this year at the New Tropicana Las Vegas. Ranking lists will be published on www.matchroompool.com as well as the Facebook and Instagram pages as well as the Twitter feed of the Mosconi Cup.

Tickets for the PartyPoker Mosconi Cup are available exclusively through The New Tropicana Las Vegas. Visit trop.lv/MosconiCup2015 , call 800.829.9034 or purchase in person at the Show Tickets desk.