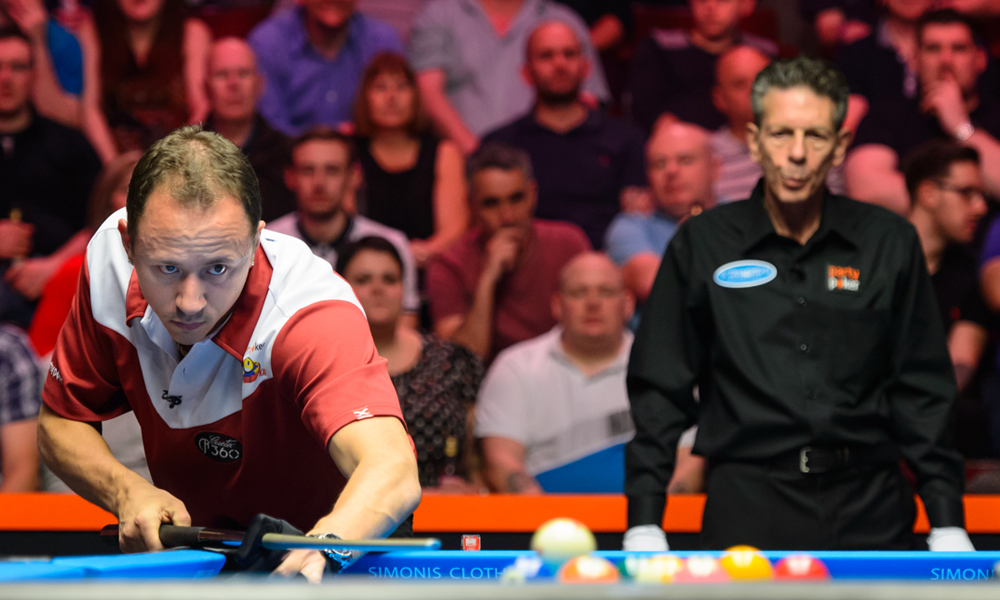 SHANE VAN BOENING, looking to make his ninth appearance in the PartyPoker USA Mosconi Cup, is the early leader in the nine tournament qualification series for the three automatic spots.

So far, four events have been played and Van Boening carries a 12 point lead over second placed Justin Bergman, following a strong showing at the recent USBTC in Reno, which included winning the 9 ball division.

Click here to view the American rankings in full

The third automatic spot is currently occupied by Jeremy Sossei on 26 points, with Skyler Woodward and Scott Frost both snapping at his heels on 25 points.

The next event in the series is the Super Billiards Expo which takes place from 16-19 April in Oaks, outside of Philadelphia. This is a Category2 event.

The PartyPoker Mosconi Cup takes place from 7th to 10th December this year at a venue to be named in the near future. Ranking lists will be published on www.matchroompool.com as well as the Facebook page and Twitter feed of the Mosconi Cup. Additional events can and may be added to this list should they materialise.