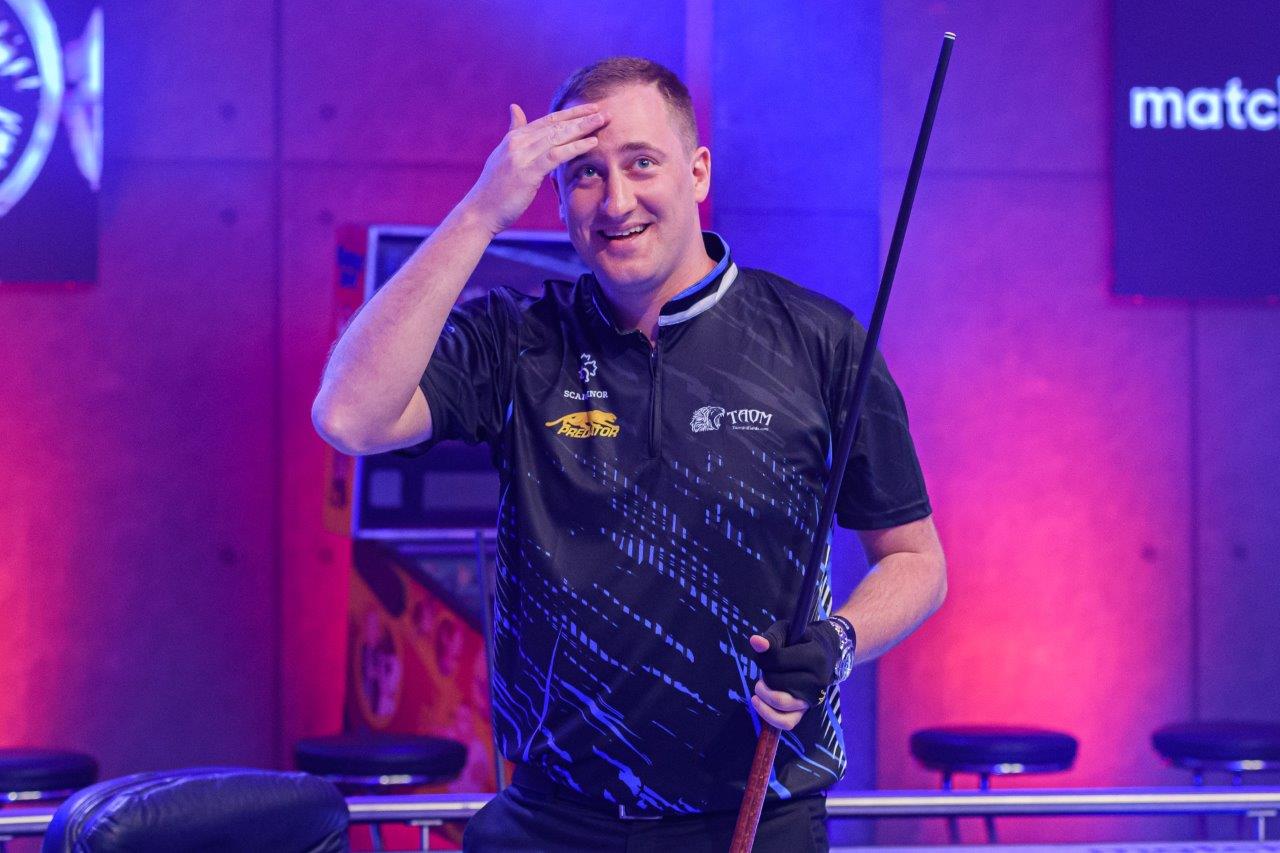 RUSSIA, GREECE AND ESTONIA SAFELY THROUGH AT WORLD CUP OF POOL

Seeded teams Russia, Greece and Estonia all advanced to the second round of the World Cup of Pool on Monday evening, the latter fighting back from 5-1 down to defeat Belgium 7-5 at Stadium MK, Milton Keynes.

Earlier in the session Russia had beaten Switzerland 7-4 to set up a second-round match against Japan, while Greece defeated Serbia 7-2.

Russia, featuring World Champion Fedor Gorst and new playing partner Sergey Lutsker, raced to a 5-0 lead with a combination of confident play and some poor Swiss errors. Russia, despite their strength in the sport, have suffered first round defeats in the last two World Cups. Gorst had yet to advance beyond round one in this event and was made to sweat by Switzerland (Ronald Regli and Dimitri Djungo), who won four consecutive racks to cut the deficit to 5-4.

However, Russia got another chance in the tenth and moved to the hill, before winning the next rack to book their place in round two, where Japan, who defeated Croatia earlier in the day, await.

In the evening’s second match Serbia (Aleksa Pecelj and Andreja Klasović) made a promising start against the Greek pair of Alexander Kazakis and Nick Malai, a pairing who reached the semi-finals last time out. However, the wheels soon came off for the Serbian pair and Greece pulled well clear, winning 7-2. They’ll meet the winners of Canada’s clash with South Africa in round two on Wednesday evening.

Estonia (Denis Grabe and Mark Magi) became the sixth team to advance on the first day of play, but only after surviving an almighty scare against Belgium (Serge Das and Kavin Lannoye).

Das and Lannoye fired themselves to a 5-1 lead, but after a fluid start lost their way with the finish line in sight. A string of errors allowed Estonia to fight back, though they themselves were far from faultless. At 5-4 up, Belgium looked set to reach the hill before a time foul was called against Das, giving Estonia ball in hand to level the match.

A dry break brought Belgium back to the table, but a Lannoye scratch on the 1 gave initiate back to Estonia, who from 5-1 down were now first to the hill and complete their turnaround by running the next to win 7-5. They’ll face either Great Britain or Belarus in the second round on Wednesday.

Round one continues on Monday with sessions at 12 noon and 5:30pm UK time. Matches include Finland vs. Iceland in the afternoon and Spain vs. Italy in the evening.