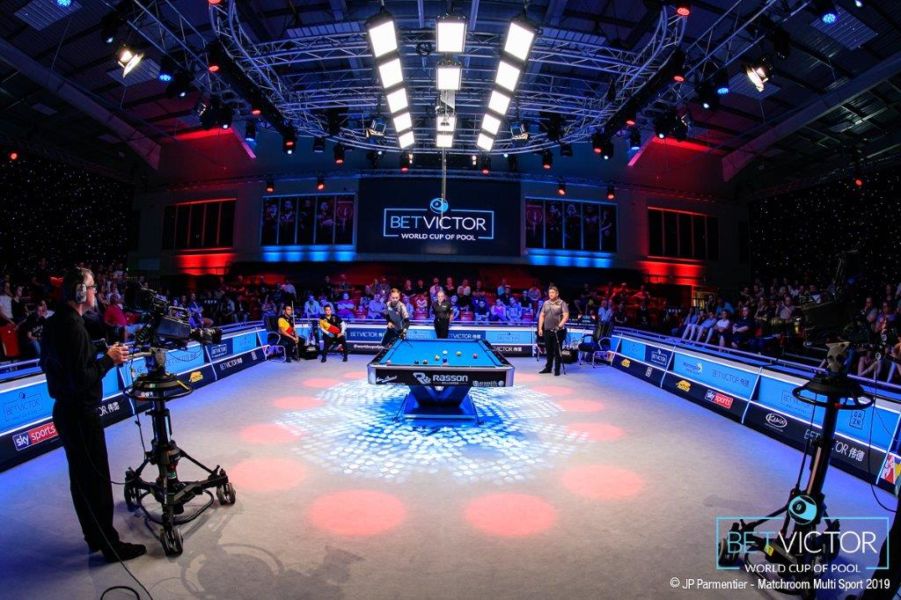 Record Viewers Tune In To BetVictor World Cup Of Pool

Viewership across the six-day event rose considerably on 2018 figures as pool fans tuned in to see Austria win the title for a second time, emphatically defeating Philippines in the final at Leicester’s Morningside Arena. In addition, the tournament reached over 1million fans globally on Facebook.

The BetVictor World Cup of Pool was broadcast live in over 100 countries around the world, including on DAZN in America, Germany, Canada, Austria, Switzerland, Brazil, Japan, Italy and Spain.

Matchroom Multi Sport Chief Operating Officer Emily Frazer commented: “The BetVictor World Cup of Pool is a unique and world class event showcasing the best teams Globally in 9-ball pool. With a tweak in the break rules for 2019, we challenged all 64 players as well as ensured close, tense matches which proved for enjoyable and wider viewership.

“Making World Cup history of tripling our peak UK viewership from previous years we are now setting the bar high at the level of the Mosconi Cup a couple years back. This event has great potential to grow further and this proves we’re on the right track to making that happen!”