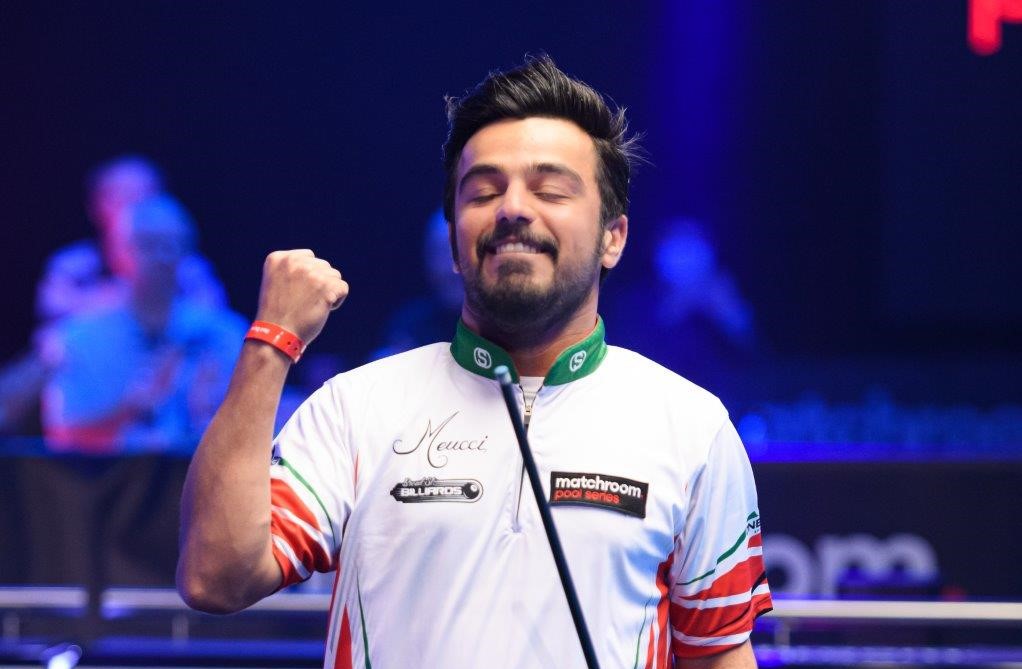 Ouschan defeated David Alcaide 11-4 in his semi final before Al Shaheen came from 6-1 down to beat Hungary’s Oliver Szolnoki 11-9 in front of spectators to book his place in the final.

Alcaide drew first blood in the opening semi-final after Ouschan scratched on the break having won the lag. The Spaniard was soon 2-0 up but left the 6 in the jaws allowing his opponent to half the deficit. Ouschan moved 5-2 ahead before Alcaide scored again, and despite a nicely banked 1 in the ninth from Ouschan, Alcaide took that rack to trail 5-4.

However, from there the Austrian was floorless. A 99% pot success rate for the match was reflective of just how well Ouschan played to close out an 11-4 win and book his place in a third World Championship final.

“I started where I ended the match against Skyler in the quarter-finals,” said Ouschan. “I played almost a perfect set, just a few safety errors, and overall I am very happy. It was the best I have played this week and I hope I can continue like this.

“I had a good feeling, I was playing well and feeling good and I was ready to go this morning. It is great to be in the final, it is my third time, and I hope I can take it home.”

In the second semi-final Szolnoki opened up a 6-1 lead over Al Shaheen before the Kuwaiti settled and found the speed of the table, winning the next seven racks with five runouts to lead 8-6. Szolnoki, buoyed by support from Hungarians in the crowd, took a massive rack to half his deficit. Al Shaheen pulled two clear against before finding himself hooked on the 2, and Szolnoki again closed to within one before levelling the match at 9-9.

Al Shaheen was first to the hill at 10-9 and breaking for a place in the final he made two balls and had an open table. He cleared, punched the air, and will now meet Ouschan for the World Championship.

“I lost my cue ball a couple of times at the start but I kept telling myself, if I am going to win I will win and if I am going to lose, that is it,” said Al Shaheen. “I have been focussed, I am playing well and I hope now to continue that into the final.

The race-to-13 final begins at 6pm local time, live on Sky Sports, DAZN and Matchroom.Live. Live scoring is at matchroompool.com.