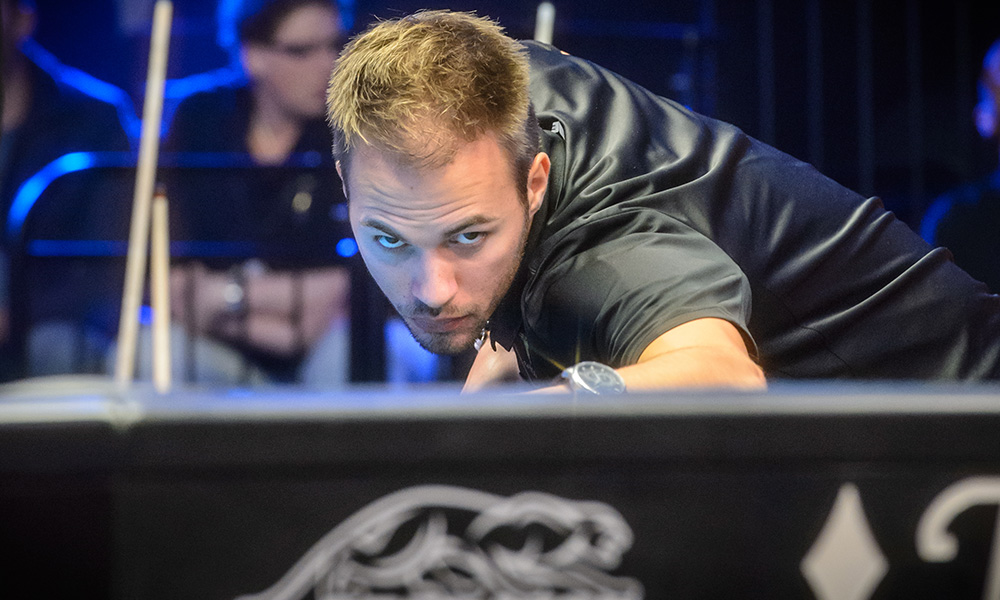 Making his debut in the 2015 PartyPoker Mosconi Cup is Europe’s Albin Ouschan. The 25 year-old Austrian star has had a stellar 12 month period that saw him take the silver medal at the WPA World 9 Ball Championship in June 2014 and then bagging the China Open title in July this year.

Ouschan had come close to making the Mosconi Cup team in 2012 when he lost out to Nikos Ekonomopoulos in a three-man play off that also included Oliver Ortmann. More recently Ouschan competed in a team event in Asia and counted Darren Appleton and Shane Van Boening among his team mates.

With a week to go until the big break off at the Tropicana, Ouschan is ready to go; “I´m really excited because it is everybody’s dream to play the Mosconi Cup and I had to fight very hard to finally get in. Three years ago I was very disappointed because I played very good the whole year but at the qualification the luck was not on my side. I was very sad and it was hard for me to come back after that loss.”

Ouschan is under no illusion as to what will be facing him when he enters the arena on December 7th, “I’ve played in a lot of finals in my life with a lot of pressure where I also needed some steady nerves but I think that will be totally different at the Mosconi Cup.

“I will focus on every ball and try to keep my pulse rate down with good regular breathing like I’ve been practicing. Darren gave me some advice at the Kings Cup and he knew exactly what to tell me, because he knows what I´m capable of. I think playing in Asia in front of an Asian crowd would have been good experience.”

Albin comes from strong pool-playing stock – his sister is multi-titled World Champion Jasmine; “We had some rivalry in the past when I was younger because I didn’t get much attention when I won some tournaments so I was pretty jealous. Later though, I recognised that it’s good to have a sister like her because I can learn a lot of things from her. So we started to practice with each other and discuss the games and matches.”

Looking ahead, it whatever happens at the Tropicana, it will be a learning curve for Ouschan: “Firstly, I hope I can integrate into the team because they’ve played together a lot of times. I´m the rookie in the team so I can´t expect very much because I don´t know how I’ll feel out there in front of such a big crowd. I’m going to fight for every game and I hope I´m satisfied with my performance in the end.”

And finally, the opposition? “I had a funny time with Shane in Asia; he´s a very nice guy and probably one of the biggest talents in pool. I know all the other guys just from the tournaments so I’m going to be really excited to kick there asses!”

Corey Deuel: ‘Plenty of tricks up my sleeve’