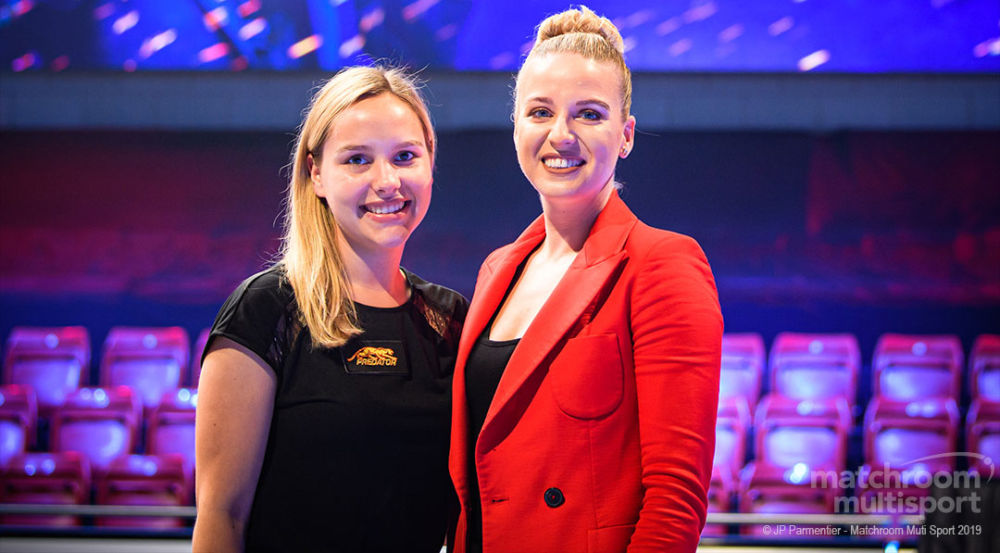 Women’s Eurotour stars Jasmin Ouschan and Pia Filler are the first two female players to have entered the 2020 US Open 9-Ball Championship, which will take place at Mandalay Bay Resort and Casino Convention Center from April 13-18.

Ouschan recently won her 17th Eurotour title at the Predator Women’s Veldhoven Open and is no stranger to the Matchroom Pool TV stage having previously represented Austria at the World Cup of Pool.

Filler was in husband Joshua’s corner as he landed his first US Open 9-Ball Championship success in April and such was the magnitude of the event she knew she had to take part in 2020.

“It will be amazing to participate in the biggest pool event in the world and I’m really looking forward to it,” said Filler. “It is going to be a great experience for my career and it will help me to improve and develop my game.

“The US Open was definitely the best event of 2019 so far but everybody who knows the Matchroom crew knows it’s going to be even better and bigger in 2020! Chen Siming performed really well in this year’s US Open and she showed the whole world that women can! This should be a good motivation to all the female players out there to train hard and show it to everybody.

“If female players start to participate in big events such as the US Open we can show everybody how good we can play it could be a new era for women’s pool.”

Emily Frazer, COO of Matchroom Multi Sport, said: “It’s a great standpoint to already have world-class female players like Pia Filler and Jasmin Ouschan excited and registered for the US Open 2020.

“Just four women participated in the event earlier this year but Siming Chen showed an impressive journey throughout – giving women the inspiration to enter in what is the biggest and most prestigious multi-table event in pool industry. Both Kelly Fisher and Han Yu earned their place in the World Pool Masters this March with close and tense matches; it’s time that women competed among men in these global events and there is no greater fulfilment than seeing the confidence shine through from the likes of Ouschan and Filler.

“It’s race to 11, winner breaks, 40-second shot clock and a tough grind; who says female players don’t have a chance to go far in this event? Let’s hope this sparks more women to register because the 256 field will sell out, I guarantee that!”

Spectator tickets for the 2020 US Open 9-Ball Championship will go on sale on Friday, September 13th with full details including pricing to be announced shortly.

Half Of US Open 9-Ball Field Fills In Three Days