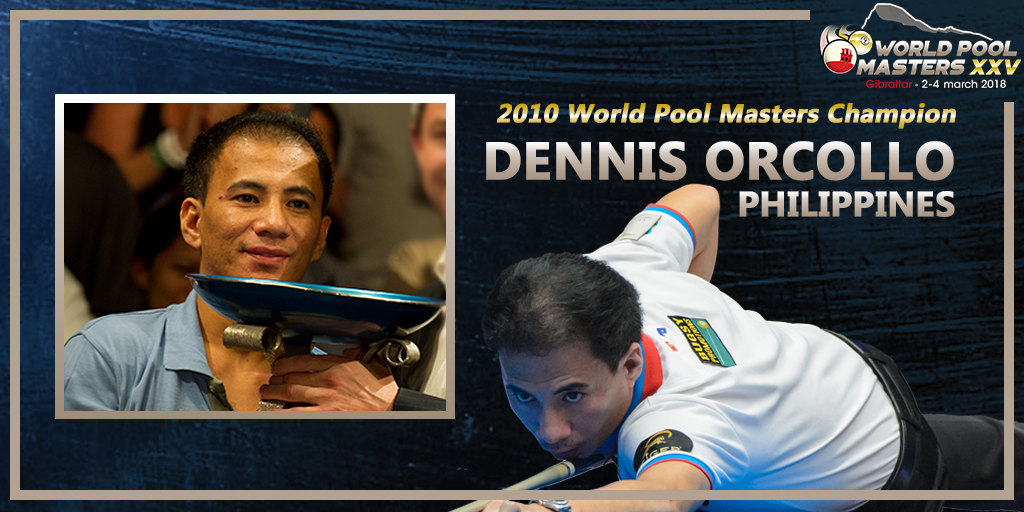 Orcollo lifted the trophy eight years ago, seeing off Japan’s Toru Kuribayashi in the final in Las Vegas having earlier defeated the likes of Raj Hundal, Marcus Chamat and compatriot Roberto Gomez at the Riviera.

The Philippines star is also a former World Cup of Pool winner and has won some of the game’s biggest titles including the World Pool League and World 8-Ball Championship.

The World Pool Masters is celebrating 25 years by inviting back many of its former champions. The likes of Earl Strickland, Shane van Boening and Niels Feijen have already been announced with some big names still to be revealed.