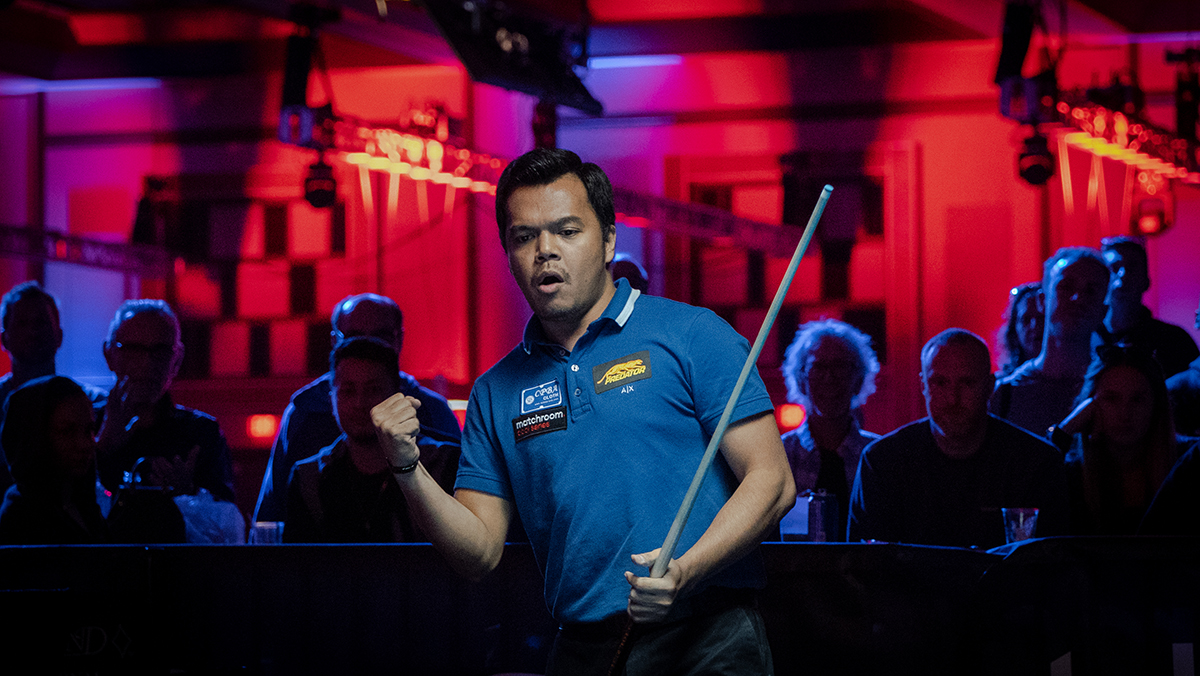 Only four remain at US Open Pool Championship

Aloysius Yapp, Dennis Orcollo, Carlo Biado, and Naoyuki Oi are the four remaining players at the US Open Pool Championship heading into the final day of play at Harrah’s Resort, Atlantic City.

Yapp has been a breakout star of recent months and continued on from beating Shane Van Boening earlier today to beat Rodrigo Geronimo of the Philippines to book the first space in tomorrow’s semi-finals where he will take on Orcollo.

The Singapore cueist passed up on some early opportunities including a miss on the seven which gave Geronimo the early advantage but those early shakes were soon a thing of the past in the fourth rack after kicking the two into the middle pocket. Early exchanges went back and forth with Geronimo edging ahead going into the tenth rack but Yapp took hold of proceedings from there on in. A 5 9 combo was Yapp’s first of the day having missed one earlier in the match and earlier in the day against Van Boening.

Yapp laid a three-rack cushion at 8-5 before playing arguably the biggest shot of the match. He played a sublime cut on the eight before a bank in the middle pocket on the nine despite the odds stacked against him.

It was error-strewn from Geronimo at times and that was ultimately his downfall as Yapp got on the hill from his opponent’s failed bank on the three. The victory was swiftly secured for Yapp to be in his second semi-final in the space of a week.

The experienced Orcollo stands in the way of Yapp making a maiden final berth at a Matchroom Pool Series tournament after the Filipino beat the industrious Max Lechner 11-7 live on Matchroom Pool’s YouTube channel.

Oi sent 2019 World Champion Fedor Gorst packing in the final match of the day on the main table 11-9. Oi produced brilliance throughout the match with an early highlight coming in the fifth with the finest piece of creativity to make a 1 9 combo with a kick into the middle pocket.

Gorst kept pace with Oi and levelled at four all after fluking the eight. In the 15th rack, Gorst dry broke and Oi picked up the rack to lead 9-6. It wasn’t quite the end for Gorst though, he got it back to 9-9 after some smart safety. In the end, Oi was too strong as he booked his place in the semi-finals.

Biado booked his place in the semi-finals against Oi after beating compatriot Johann Gonzales Chua 11-10 live on the Matchroom Pool YouTube channel. Chua pulled it back on several occasions before pulling through in the final rack at hill-hill to become the final player into the semi-finals meaning it will be the first all-Asian US Open Pool Championship final in history.

Ticket prices start from $31.24 per session for the final day of the US Open Pool Championship.