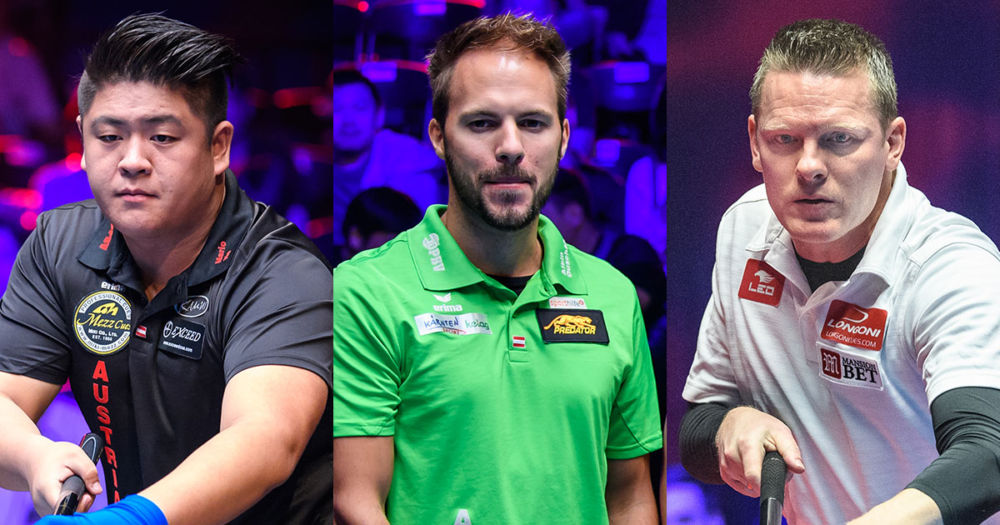 The fight for an automatic spot on Team Europe at this year’s partypoker Mosconi Cup is now a three-way battle with Niels Feijen and Albin Ouschan hoping to do enough at the International Open to earn a spot on Marcus Chamat’s team. Mario He is sweating on their progress as he has been knocked out of the International Open in Virginia.

Eklent Kaci has already secured his place on the team through the European ranking list and has a good chance of finishing inside the top two on the Combined List also. Should this happen, the player ranked third on the Combined List would also qualify for the partypoker Mosconi Cup.

Prior to the International Open both Alexander Kazakis and David Alcaide had a chance of qualifying from the rankings. However, Alcaide has been knocked out of the International Open without scoring ranking points and although Kazakis is still involved, Ouschan and Feijen are now both guaranteed a minimum of 11 ranking points which is enough to take their ranking total past the 256 points which is the maximum Kazakis could finish with.

Once the rankings are complete the final two spots on Team Europe will be selected as wildcards by captain Chamat. All players know that a good showing at the International Open would strengthen their case for a wildcard selection.

At the close of Wednesday’s play at the International Open 14 Europeans are still involved. They are; Kaci, Denis Grabe, Jayson Shaw and Francisco Sanchez Ruiz on the winners’ side and Ouschan, Kazakis, Chris Melling, Marek Kudlik, Mieszko Fortunski, Thorsten Hohmann, Konstantinos Koukiadakis, Feijen, Mika Immonen and Fedor Gorst on the losers side.