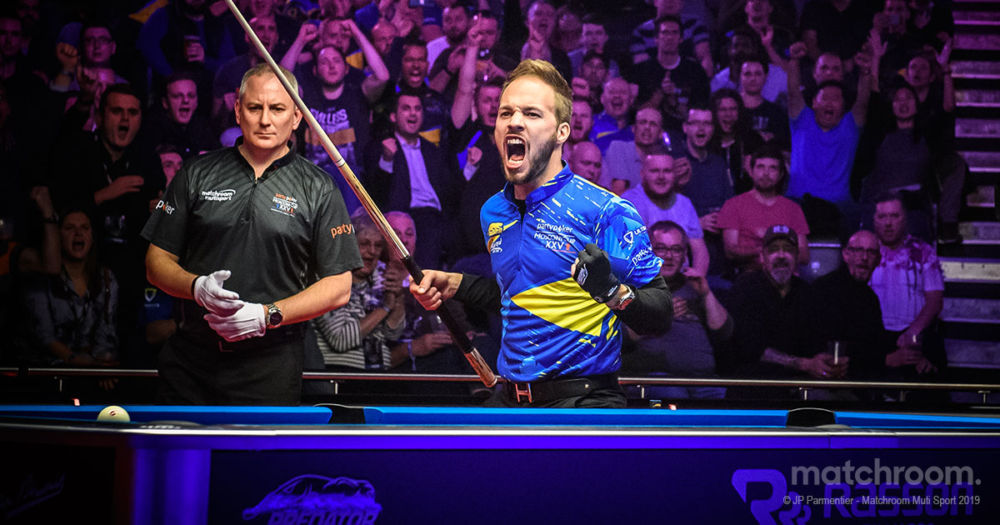 Albin Ouschan has joined Team Europe for this December’s partypoker Mosconi Cup after being selected by captain Alex Lely as the fourth player to join the line-up.

The 30-year-old Austrian will be making his fourth appearance at the event and holds an individual record bettered only by Vice Captain Karl Boyes for matches won by players with more than one appearance.

Ouschan, a former World Champion and two-time World Cup of Pool winner. Was exceptional for Europe in their 2018 defeat to USA but missed out on selection last year. However, he returns this time around alongside Fedor Gorst, Jayson Shaw and Joshua Filler with one player still to be selected.

“It is an incredible feeling to be back on the team,” said Ouschan. “It is one of the nicest things when you get a call from the captain to say that you are in. This year has been tough, but I knew I probably had a better chance if there were four or five wildcards.

“It will for sure be one of the youngest European teams we have had, but if you look at the names, I think it is the strongest we have had. We have very big shooters. With Jayson and Joshua we have two incredible left-handed players and Joshua for me is the most talented player we have right now. Fedor is probably as calm as me at the table, so it is fire, fire and twice ice.”

Captain Lely added: “He looked so good two years ago and it was just for one jump shot from Skyler Woodward that he would have become MVP and would have played a decisive role for Team Europe.

“For me, he, maybe more than any other, has looked very comfortable, calm and collected in the Matchroom arena, tournament after tournament, especially in doubles play. He brings a lot of calmness to the table and we have a couple of players with Filler and Shaw who bring a lot of fire, so this allows us to combine fire with ice.

“This choice was an easy one; it is difficult to leave Albin out of the team. But the last choice is going to be hard, because that means that I am going to be leaving out one player who I would like to be in.”

Lely will name his fifth and final player in two weeks’ time. USA Captain Jeremy Jones will announce his fourth player next week.

THORPE IS FOURTH FOR TEAM USA