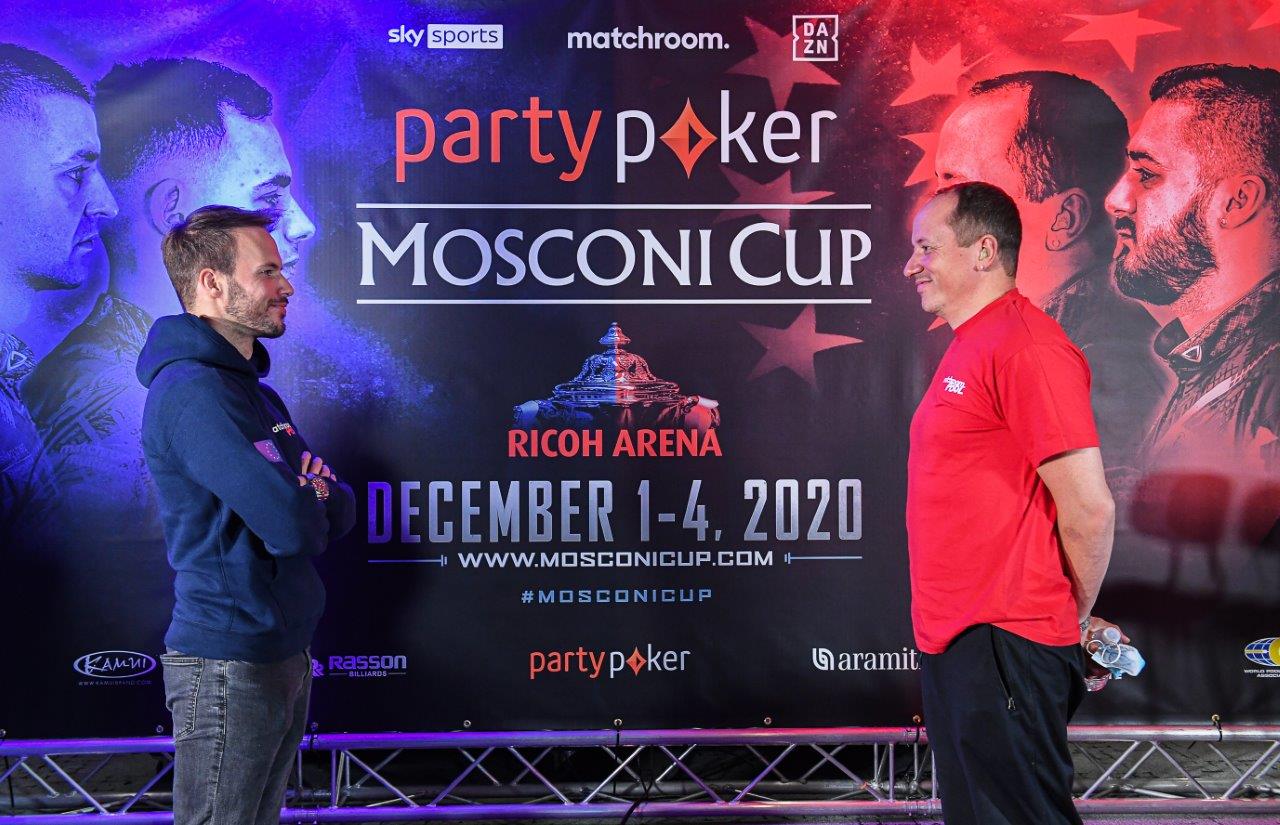 Albin Ouschan will face Shane van Boening at the end of the first day of play in the partypoker Mosconi Cup, which begins on Tuesday at Ricoh Arena, Coventry, live on Sky Sports Mix and DAZN from 6:30pm (UK time).

“It is my first time playing the last singles on the first day,” acknowledged Ouschan at Monday’s pre-event press conference. “That match always seemed to be Darren Appleton against Shane, and then it was Jayson against Shane, so it is an honour to play that kind of match.

“When you look at the titles we have as a team, I think the guys have won everything, so it is a big honour for me to be on the team; we have never been this strong.”

“I have been playing Mosconi Cup for 13 years and I am ready every year,” said Van Boening. “I am always trying the best I can do for my team. We had a rough nine years but the last couple of years that changed. Mosconi Cup is not easy. There is so much pressure and you have millions of people watching. We had a rough year for all of us with no tournaments but I have been working hard.”

The 2020 partypoker Mosconi Cup begins at 6:30pm (UK time) on Tuesday, December 1. The event will be broadcast live in full on Sky Sports in the UK, DAZN in America, Germany, Austria and all over DAZN territories. Full broadcast details can be found at matchroompool.com.