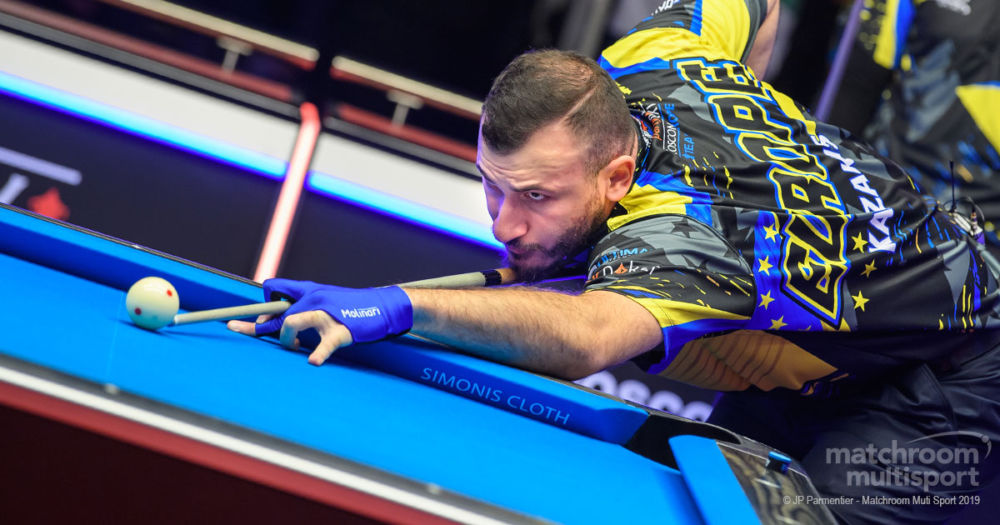 Alexander Kazakis says losing the partypoker Mosconi Cup to Team USA last year was the worst feeling of his career, but that defeat has motivated him to help Europe reclaim the Cup at Mandalay Bay Resort, Las Vegas, this November 25-28.

Kazakis won the weekend’s Klagenfurt Open in Austria and it was in winning his semi-final match against Mats B. Schjetne that he became the third player to qualify for the team, after Joshua Filler and Eklent Kaci. Captain Marcus Chamat’s two wildcard picks will be named later this week.

Kazakis made his partypoker Mosconi Cup debut at Alexandra Palace last year and was in the European chair when Shane van Boening sealed the winning point for USA. But the Greek star reacted well after a tough week in London, taking the silver medal at the World 9-Ball Championship and finishing runner-up at the World Pool Masters in March.

At the Klagenfurt Open he negotiated a tough road to the final, beating the likes of David Alcaide, Kaci and Fedor Gorst, who was also fighting for the final qualification spot.

“I was working so hard this year to get in the team,” said Kazakis. “It was my number one goal of the year and the feeling to get in, I can’t describe it with words; you just have to see the video how I scream after the match I won to get in the team! I have never screamed like that for any tour I won in my life.

“It was the worst feeling of my career when I lose that final match. I thought I could handle the pressure but I didn’t. I had my chances and didn’t take them because of the high pressure. You have to take every bad experience and learn from it and get better. That’s what I did. I’m so motivated this year that I’m going to play with all my heart.

“We have to stay together in bad and good belief to each other’s game and do our jobs, runout everything!

“To play the Mosconi Cup is the best feeling a pool player can have in his life. The emotions you get when playing in the Mosconi arena; it’s from another planet. I cannot wait to get up there!”