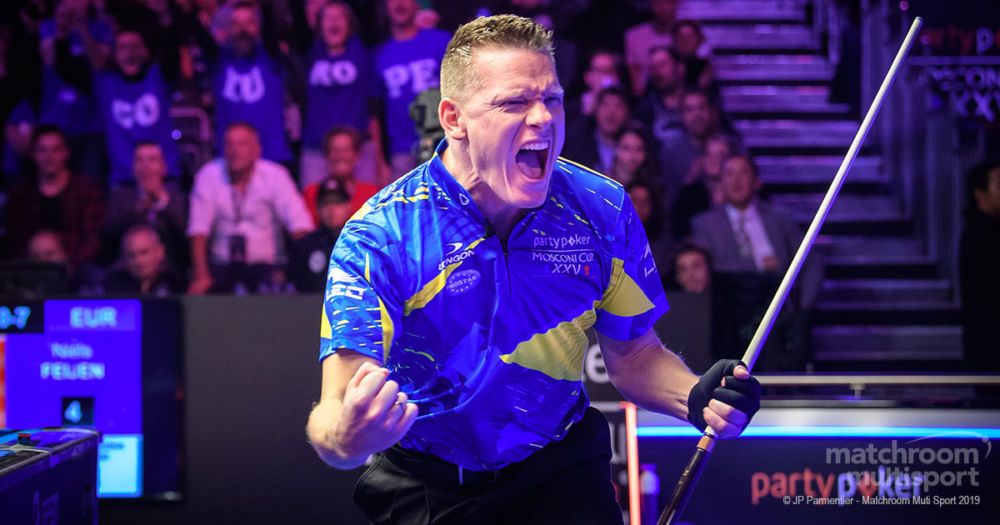 It will be the 14th time the Dutchman has represented his continent at the partypoker Mosconi Cup and he’ll be looking for his ninth trophy lift. Feijen has been named MVP four times, more than any other player, and it’s that combination of experience and talent which saw captain Marcus Chamat hand his final wildcard to the 42-year-old.

“It boiled down to Niels or Albin,” said Chamat. “Both of them have done very well at the Mosconi Cup. If you look throughout the year, Niels has had the better year. Maybe last year, on the first day Niels wasn’t as good as he has always been, but he has four MVPs.

“Our team is very young, and you need that older, experienced player. He not only brings experience, he brings four MVPs to the table at the most pressured event in pool.

“It is always going to be a tough decision, because Europe has a lot of very good players and unfortunately you have to break somebody’s dream. That is part of the job and you have to make these selections. I have to look at how you did throughout the year, how you did in previous Mosconi Cups and how you fit into the team.

“What I really value for a wildcard is what they have done in the team, or in the Mosconi Cup in previous years. It was difficult. You look at a player like David Alcaide; he has done great, and Fedor Gorst has had a really great season but it was really difficult to bring in a rookie when we needed a seasoned player who has played the partypoker Mosconi Cup before.”