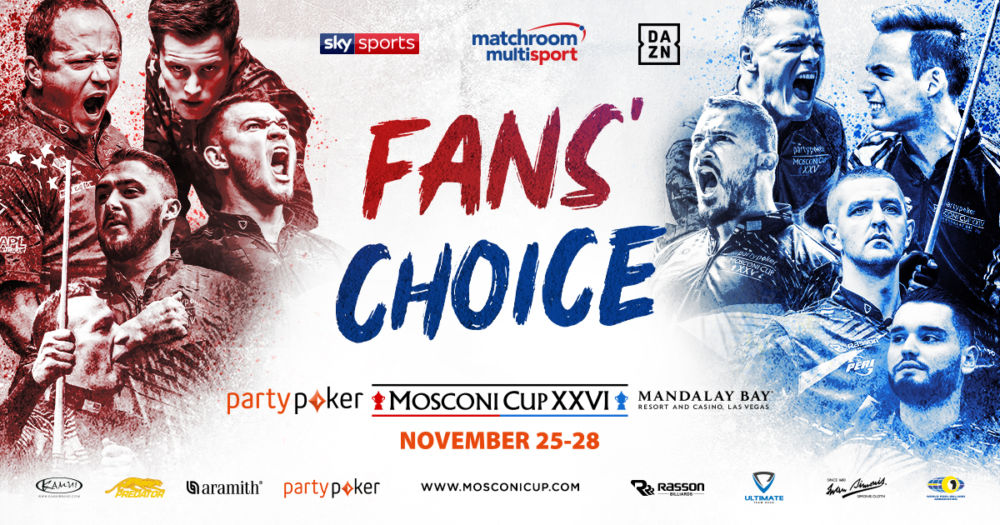 Fans' Choice Is Back!

Once again this year fans watching the partypoker Mosconi Cup will have the power to decide which players face off in a singles match.

Last year’s Fans’ Choice match saw Jayson Shaw take on Shane van Boening, but who will you choose this year?

CSI IS THE OFFICIAL SPONSOR OF TEAM USA