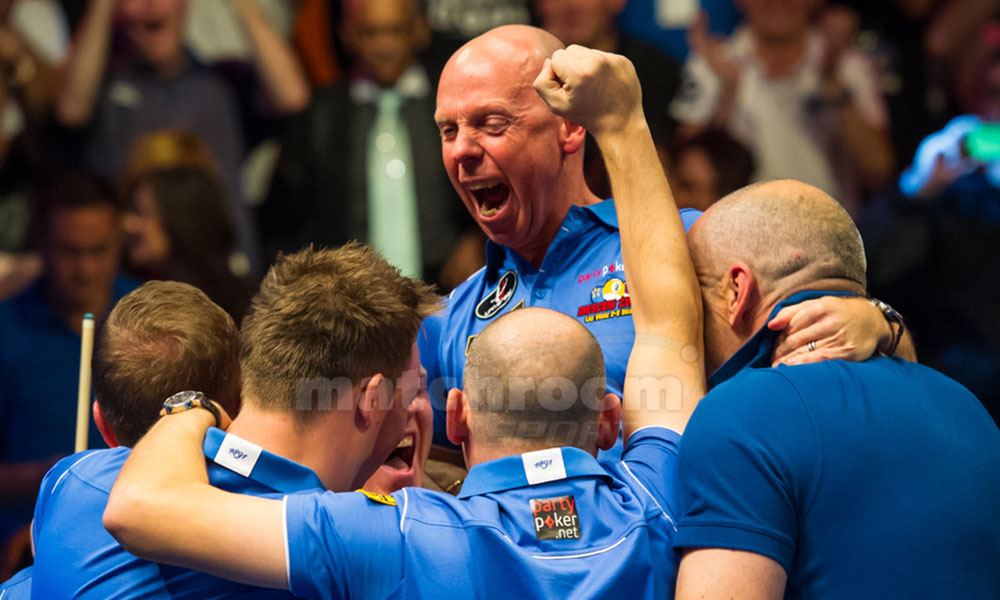 WITH TWO EVENTS having taken place on the European Mosconi Cup ranking, Europe’s all-time appearance record holder Ralf Souquet is once again in the box seat as he heads up the World and European rankings as qualification gets underway in earnest.

‘The Kaiser’ has made a total of 16 Mosconi Cup appearances from 1994 up to 2013 and an appearance in Las Vegas in December will put him in the Guinness Book of Records alongside America’s Johnny Archer on 17 Cups, assuming that the Scorpion fails to make the US team this year.

Souquet was a runner-up to Niels Feijen at the Level Three Bucharest Open in February and then went on to win on the Euro Tour later that month to put him on 72 points.

In second place on is Russia’s Ruslan Chinakhov on 54, who is having a break out year, having won the opening World Pool Series event in New York in January and then followed that up with the gold medal in 9 ball at the European Championships in Portugal.

The next ranking event is the Portuguese Open which starts on Thursday March 30th.