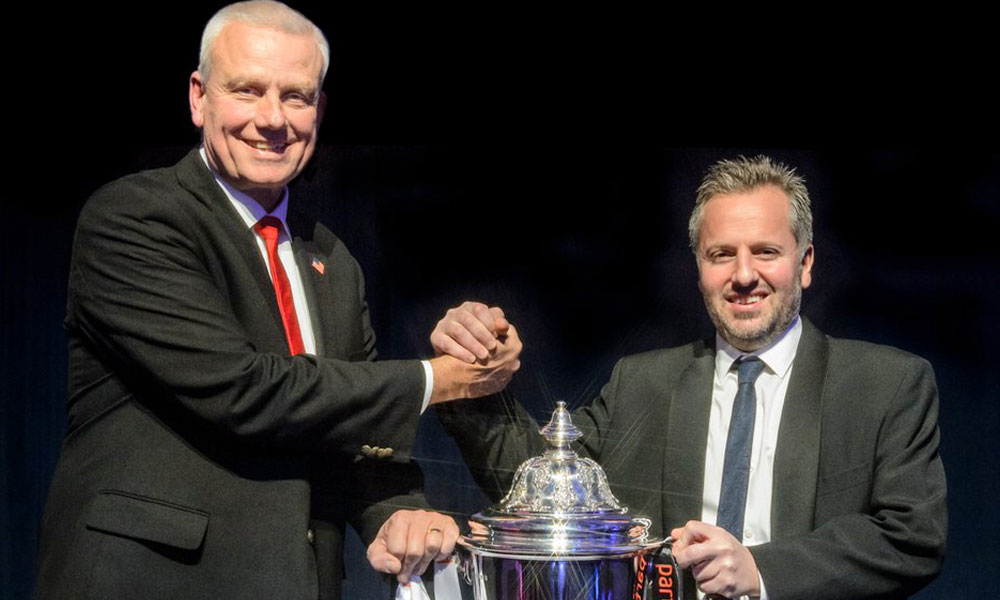 MARCUS CHAMAT and MARK WILSON have been retained as respective captains of Team Europe and Team USA for the 23rd annual Mosconi Cup match which takes place at the Alexandra Palace, London from Tuesday 6th to Friday 9th December.

Chamat, 40, was victorious on his captaincy debut at the Tropicana in Las Vegas last year as he guided his side to an 11-7 victory. He will be hoping to make it two from two in London. The diminutive Swede’s Mosconi Cup journey began at the York Hall in 2000 when he made his debut and two years later was a key member of the European side which won for the first time in seven years.

“Last year was like a dream come true for me, to be part of such a great event as the Mosconi Cup once again,” said Chamat.

“I really missed it so much every year, and what was great to see was that it has really grown and got even bigger and better if that’s possible, and the best is yet to come!

“I really felt like I was a part of the team and you have to prepare so differently from the players; less practice and your mindset is to get the team together and work well.

“I really learnt a lot from my first year as captain, and the bad news for the American team is that I will only improve and come out even stronger.

“But London is where it all started for me in 2000 and since then it’s never left my heart. With over 2,000 screaming fans, most of them from England one can only imagine what it will feel like!”

For Mark Wilson it will be his third time at the helm and he feels that he is on a sharp learning curve that could well come to fruition in London.

“Last year was terrific, knowing what to anticipate and then improving upon the preparation for the team based on the lessons learned from year one. Playing in Las Vegas was a big asset as well that was unfulfilled and frustrating to not defend home court.

“The biggest difference for me as Captain was my confidence level of leading Team USA. Preparation is ever so important for getting players into circumstances where they can excel. We applied the harsh first year lessons and added to the things that worked very well and that really allowed the team to focus and execute.

“Team USA is improving but has much more to accomplish, which is not confined to simply winning the Mosconi Cup one time but rather regaining superiority over Team Europe. This is an ambitious undertaking and we sincerely work on it every day.

“I am keenly excited to return to England, the home of Shakespeare and James Bond, plus the biggest venue ever for a Mosconi Cup, Alexandra Palace. The crowd will be a very partisan crowd which will present a challenge but if we can get off to a good start perhaps the pressure will shift a bit.

“We have a great sense of what to expect from Team Europe and coach Marcus Chamat. They have never missed a beat and continue to dominate the US with superlative play. We must train harder and be much more effective with our tactical game and specifically the safety and kicking game and continue with the progress made on offense. Team USA will definitely respect Europe but we will not fear them.”

Tickets for the Mosconi Cup are selling fast and are available from www.matchroompool.com