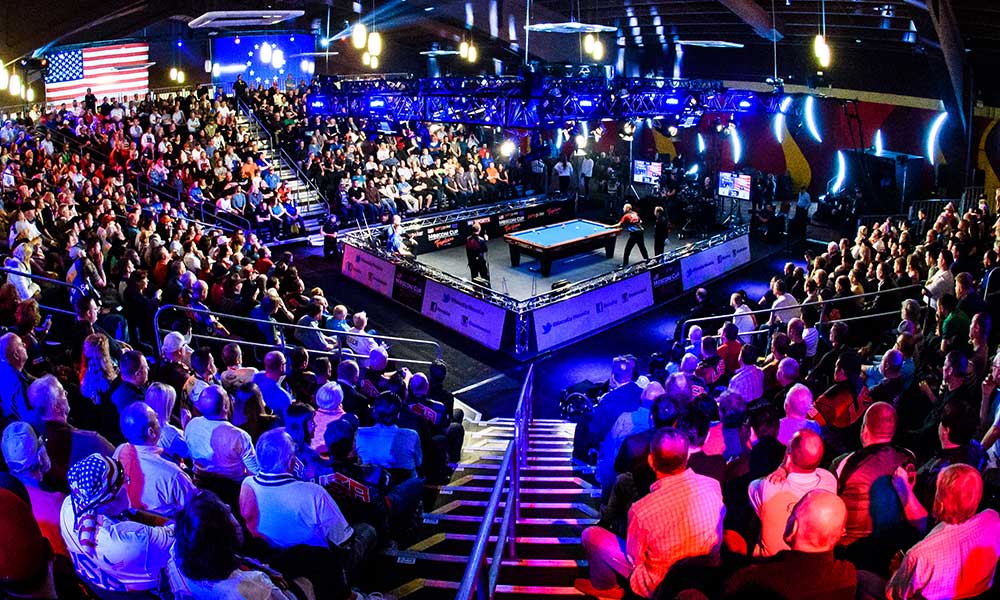 The Mosconi Cup returns to London in December as Team Europe look to level the overall score to 11-11 after an 11-7 success over Team USA in Las Vegas, and Matchroom Sport are delighted to announce that tickets will go on sale at midday on Friday, January 15.

Tickets are expected to sell fast so don’t miss your chance to witness pool’s greatest event.

Tickets will be available exclusively via www.matchroompool.com from midday (GMT) on Friday, January 15 and are priced at just £25 per session or £90 for a season ticket. VIP Hospitality tickets, including a two-course meal, private bar and unlimited beer, wine and soft drinks and much more are available for £145 per session. Booking fees apply to all ticket transactions.

Back in London after a four-year hiatus, pool’s high-octane version of golf’s Ryder Cup pits two five-man teams in an intense battle over four days of play. Now entering its 23rd year, the Mosconi Cup is pool’s biggest tournament, and the most drama-packed event in the billiards calendar.

Europe v USA is always a sporting battle like no other and the Mosconi Cup delivers on every level as top pro pool shooters from Europe and America fight it out over four days of intense action to determine the destination of the most prestigious trophy in world billiards.

Who will rise to the occasion on pool’s biggest stage, and who will crumble under the pressure? Who will be roared to glory by the passionate crowd, and who will wilt under the intimidation? Can USA regain what was theirs for so long? Or will Europe retain their vice-like grip on the famous trophy?

“Last time in the UK at Blackpool, we sold out in ten days and last December in Vegas, the 1000 seat arena was bursting at the seams.

“The Ally Pally will have up to 1,800 seats and hopefully we will be sold out and have the biggest, most atmospheric Mosconi ever!”

Broadcast around the world, the Mosconi Cup transcends pool as one of sport’s must-see events. Last year in Las Vegas, Europe retained the trophy against an impressive and energetic young American side that showed much promise but ultimately came up short.

The world’s best players, a passionate crowd and the most famous trophy in pool are just some of the ingredients which make the Mosconi Cup simply unmissable.

VIP Tickets:  £145 including VAT (plus booking fee of £4.99 per transaction). VIP Hospitality packages include:

VIP Bookings:-
Remaining VIP hospitality tickets can be booked at www.matchroompool.com only.

How does allocated seating work?
Once the tickets are ready to be sent out nearer the time of the event, all tickets will be allocated a specific numbered seat in the arena. If you would like to sit close to friends who have purchased tickets on another order, there will be a mechanism in place which will enable this.