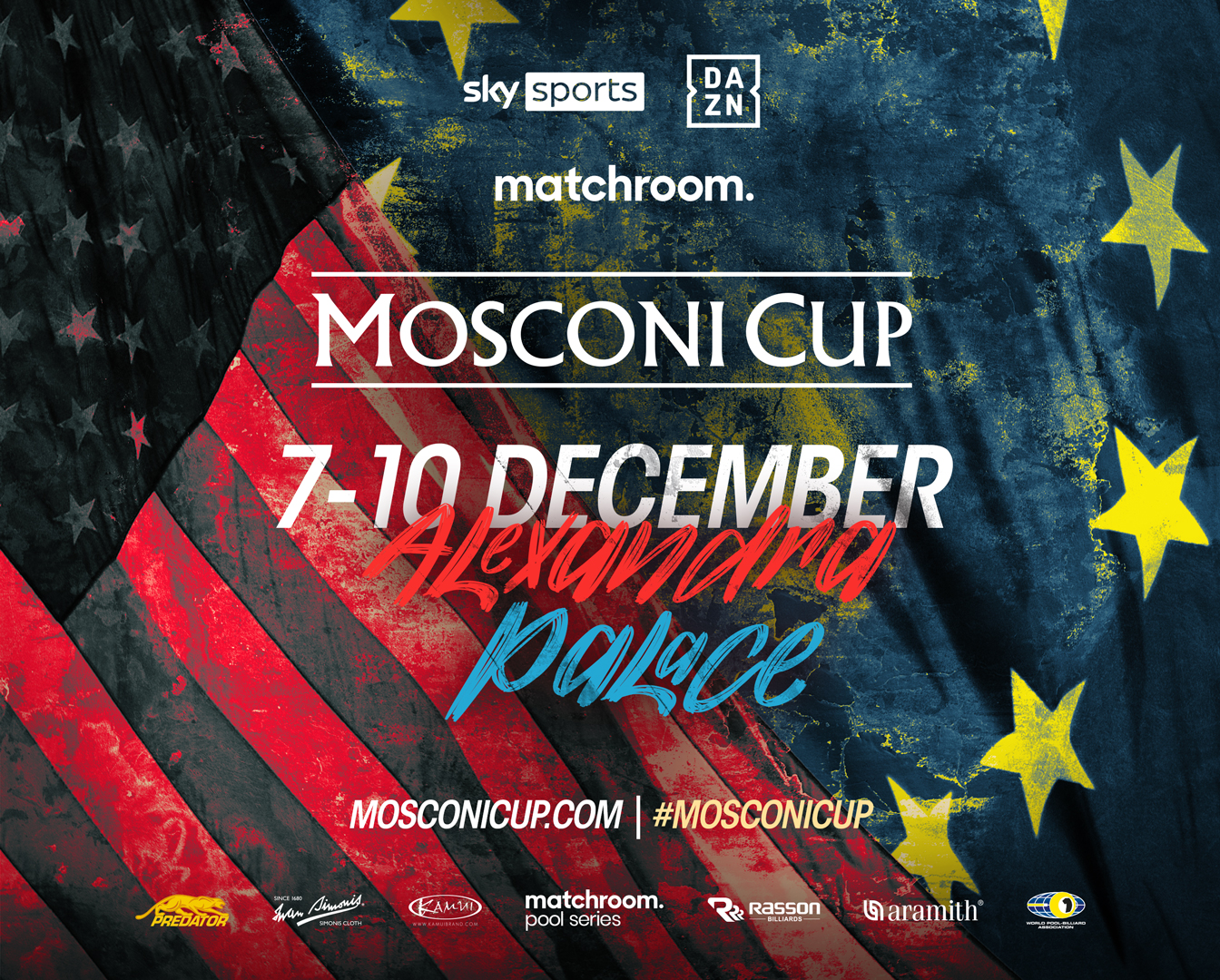 Van Boening to Vice-Captain USA as Jones returns as Captain

The 2021 Mosconi Cup will take place at Alexandra Palace, London in front of spectators this December 7-10, and Shane van Boening will Vice Captain Team USA.

Jeremy Jones will return as America’s captain, while Europe’s winning partnership of Captain Alex Lely and Vice Karl Boyes will be hoping to lead their team to a title defence in front of the fans who missed out on a landslide European 11-3 victory in 2020.

Tickets will go on sale later this summer with full details to be announced shortly. Fans can sign up to the free Matchroom Pool Club to receive regular updates and priority ticket access at matchroompool.com.

After a bruising defeat, Jones has re-enforced his side by promoting Van Boening to playing-Vice Captain. Both rosters will be made up of their team’s top two players on the Matchroom Pool World Ranking, alongside three captain’s pick wildcards.

“I am looking forward to it,” said Van Boening. “I am all about team working and trying to help players get better. I can hear London calling my name, so I will be ready for that. I am really excited for it. It is one of the best tournaments in the world, the Mosconi Cup is one and only.”

Emily Frazer, Matchroom Multi Sport Managing Director, said: “The crowds missed out last year so it is time to get back to Alexandra Palace. We are looking at our seating capacity and tickets will be on sale shortly. The arena will be slightly different and we are excited to share those plans.

“We have Jeremy Jones as USA Captain, Shane as his vice, and Alex Lely as Europe’s Captain with Karl as his Vice. We are in the team we are in and normally more players would come through the rankings but this year both teams will have two players qualify off the Matchroom World Rankings, with three wildcards for each team.”

DOWN TO FINAL FOUR AT WORLD POOL CHAMPIONSHIP