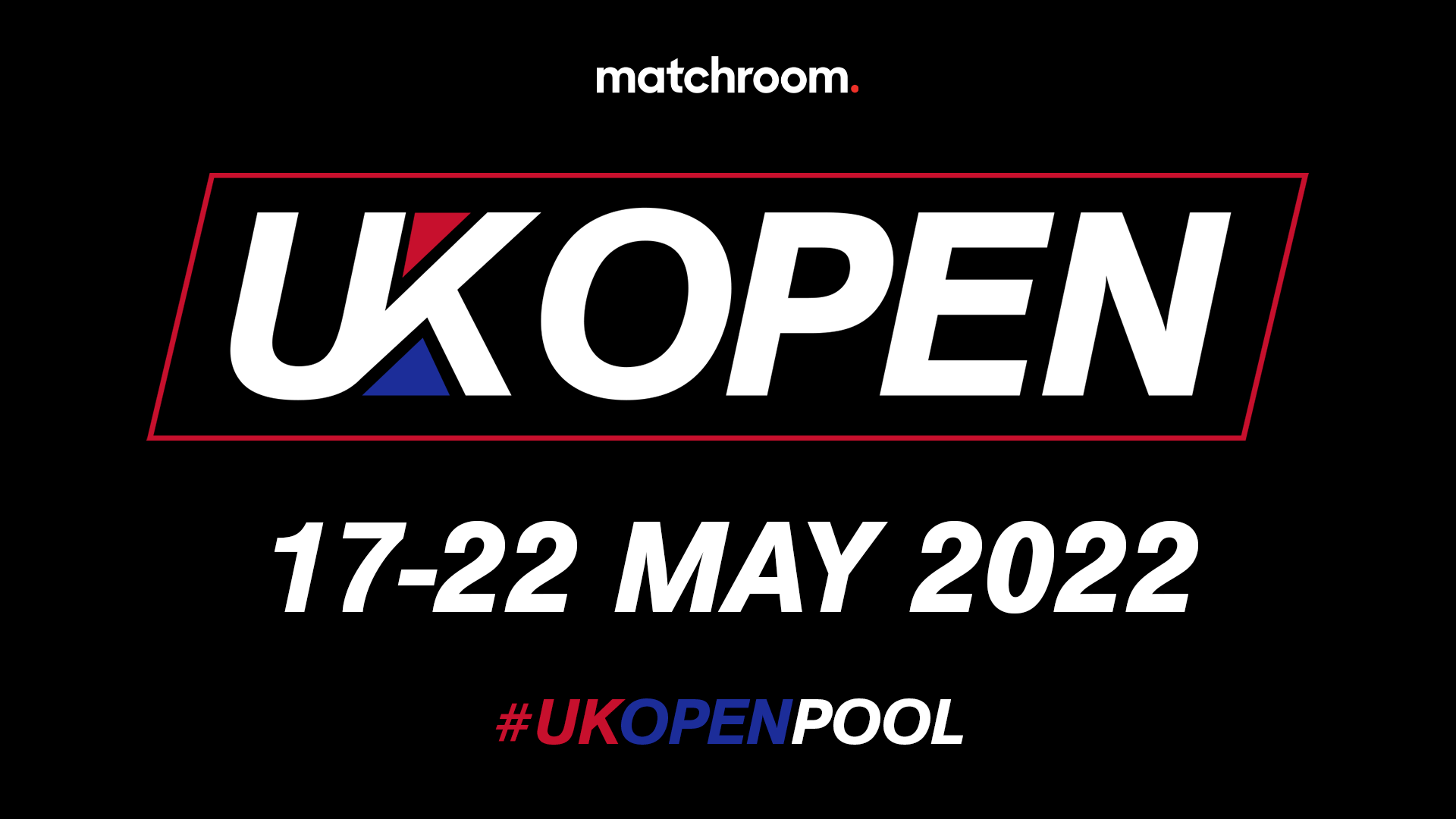 Matchroom Pool is delighted to announce the launch of The UK Open, a new open tournament and the latest addition to the Matchroom Pool Series set to take place for the first time in May 2022, with a total prize fund of $200,000.

The UK Open will feature alongside the most illustrious tournaments in 9-ball pool including The World Pool Championship, US Open Pool Championship, Mosconi Cup, World Pool Masters, World Cup of Pool, and Championship League Pool which all form a key part of the Matchroom Pool World Rankings and the race to be a part of the Mosconi Cup teams for European and American players. The tournament marks a key milestone in Matchroom Multi Sport’s commitment to Pool and will see 256 players compete from May 17 to May 22 with a buy-in of only $250, live on Sky Sports in the UK, and DAZN in the USA, Canada, Germany, Austria, Switzerland, Spain, and Italy.

Matchroom Multi Sport Managing Director Emily Frazer underlined her vision for the tournament: “We’ve been talking a lot about expanding the Matchroom Pool Series and it’s now we stop talking and actually turn it into actions. We’ve acquired the US Open and the World Championship and now we’re going to launch a new event. It’s the biggest prize fund in British pool and the biggest field size, it’s just so exciting.

“I think it’s very clear in the Matchroom Pool team we’re just so passionate about this game. We’ve been speaking to the likes of Jayson Shaw, Kelly Fisher, Darren Appleton, and Shane Van Boening is going to fly over. 2022 is just going to be fantastic for pool, we’re super excited about it. We’re going to sell that field out, we’re going to get 256 players and that will be a full international field.”

“We’re looking at the open events now, three years ago we only had three events in our calendar. Lets create a calendar where the top players can actually travel and have a full calendar of events and ranking system. But lets also give British players an opportunity to step into pool and lets grow 9-ball, it’s the future of the sport and lets take pool to the next level.”

Shaw, the UK’s No.1 is excited to see a new 9-ball tournament on British shores: “It’s fantastic seeing another event added to the UK calendar for the UK fans and everybody in Europe will be excited to have a big tournament there. I am really looking forward to it and I cannot wait to see what the setup is. Matchroom are doing good things for pool, and this is massive for UK pool.”

Fisher, Women’s World Champion said: “It’s fantastic news it’s really exciting Matchroom are doing great, it’s fantastic for our sport, players, and fans. It’s the first time it’s ever been done in pool, we’re getting it in the UK and I think we will see a lot more players coming through over the next few years with the opportunity to knuckle down.”

Appleton, former World Champion added: “It’s great for the UK and besides the Matchroom events, we do not have any tournaments in the UK where people think they can play the game and make a living. Stuff like this will bring people out from the woodwork because there’s plenty of talent and they’re all interested in playing. It will be a tough field; it will fill up very quickly. It’s great for the game in the UK.”

Further information will follow including how players can enter and how fans can buy their tickets to see the action unfold in a first for 9-ball pool in the UK. Subscribe to Matchroom Pool Club to be the first to receive ticket updates and more.