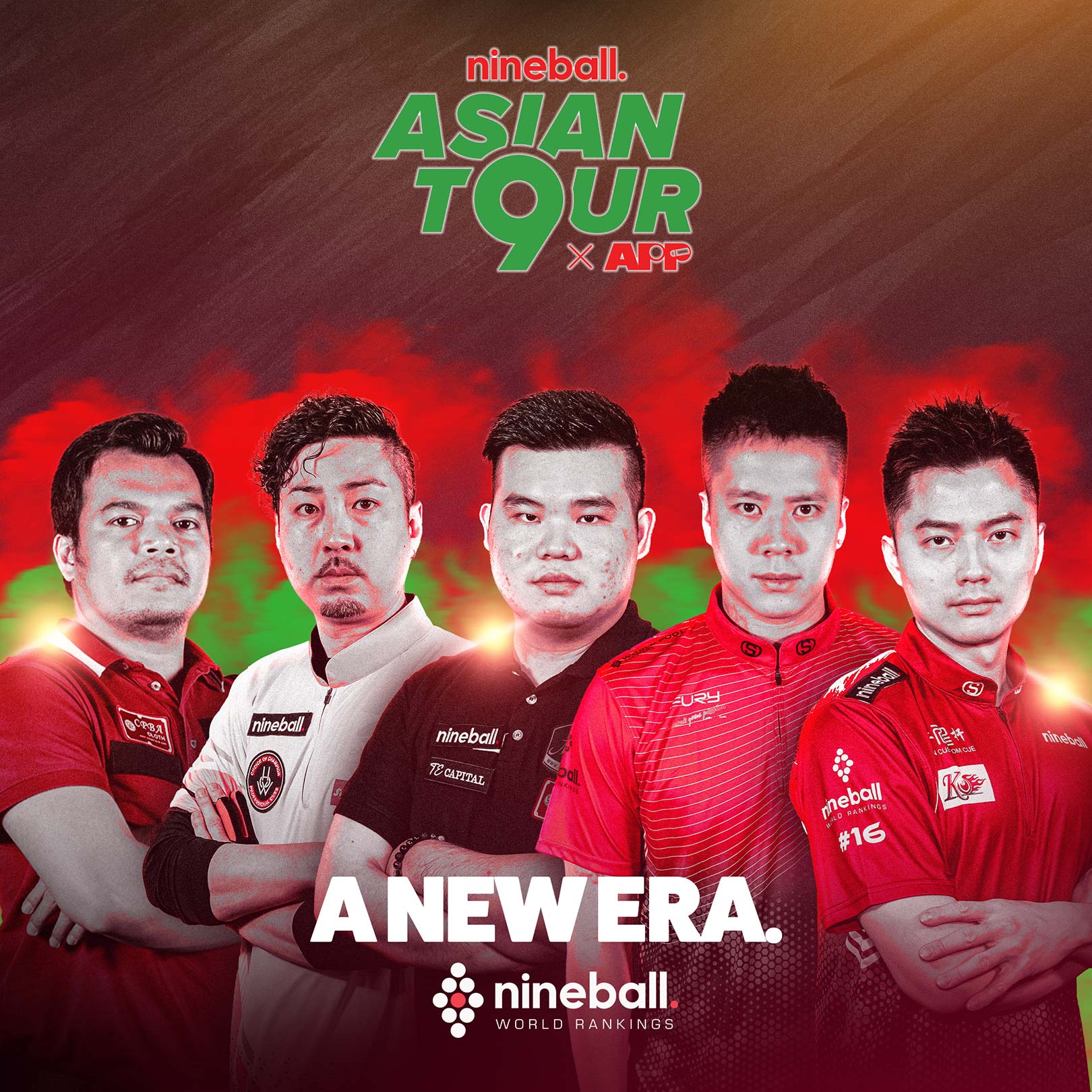 Matchroom Pool and Asian Pool Promotions are excited to announce a new strategic partnership that will see the launch of the Nineball Asian Tour in 2023 presented by Matchroom and the APP.

The partnership will break new ground for the Nineball World Rankings with plans to feature new 9-ball events on the 2023 schedule in Indonesia, Singapore, Vietnam, the Philippines, Hong Kong China, Thailand, and Chinese Taipei.

The highpoint of the Nineball Asian Tour will feature a new Major event by Matchroom with a $200,000 total prize fund, the Asian Open to sit alongside Matchroom’s other 9-ball multi-table open events: The US Open, UK Open, and European Open.

Also featuring in the Nineball Asian Tour will be the APP-promoted Asian Championship, a development from the earlier event that took place in Singapore this August with the first-ever (Asian 9-ball Open), where Nineball star Ko Pin Yi took the title – the tournament became the maiden Nineball World Ranking event in 2022 in the Southern hemisphere and was key to the launch of the new tour.

Due to the overwhelming success, Matchroom and the APP have worked closely to increase representation from Asia on the Nineball World Rankings by bringing more events to the Far East.

Both parties hold a common goal to improve opportunities for Asian pool players, by promoting a competitive environment locally for players to compete in, with more prize money, ranking points, and exposure on offer.

It marks a huge moment in the growth of Nineball as Matchroom continues to create a professional, commercial platform as well as a ranking system based on transparency and a meritocracy for pool players.

Emily Frazer, Matchroom Multi Sport Managing Director said: “After watching the success of the Asian 9-ball Open earlier this year in Singapore, I was overwhelmed with the magnitude of players competing, live spectators watching and viewers watching the stream on their phones and tablets. There is a huge demand for more of these events in the Far East, the local players are hungry for an Asian Tour – a lot of the lower-ranked players are not able to participate in all the global events due to the length of travel and those who do, carry further strain both financially and mentally always having to travel the longest and adjust the quickest with jet lag.

Our Nineball World Rankings have only just begun, with our schedule growing every minute Asia was a huge market we wanted to reach, and I am pleased to be working alongside the professional and creative team at APP.

Every continent tour has a starting point, and this is ours but there is always something to expand on: whether that’s launching a Matchroom event or creating a platform online for everyone to watch. This is a very exciting project and I encourage any local promoters to join us on this journey with us.”

“APP is indeed honoured and privileged to partner with Matchroom in this unprecedented groundbreaking initiative to bring Nineball World Ranking events to Asia. The Nineball Asian Tour will undoubtedly boost Nineball in Asia as it will make the game more accessible and affordable for Asian pool players and provide a much-needed catalyst to spur the growth of the sport and raise the standards of play amongst Asian players. This can only augur well for the future of the sport.” – Christopher Chuah, Director, Asian Pool Promotions.

WORLD POOL CHAMPIONSHIP 2023 TO BE HOSTED IN KIELCE, POLAND FEBRUARY 1-5