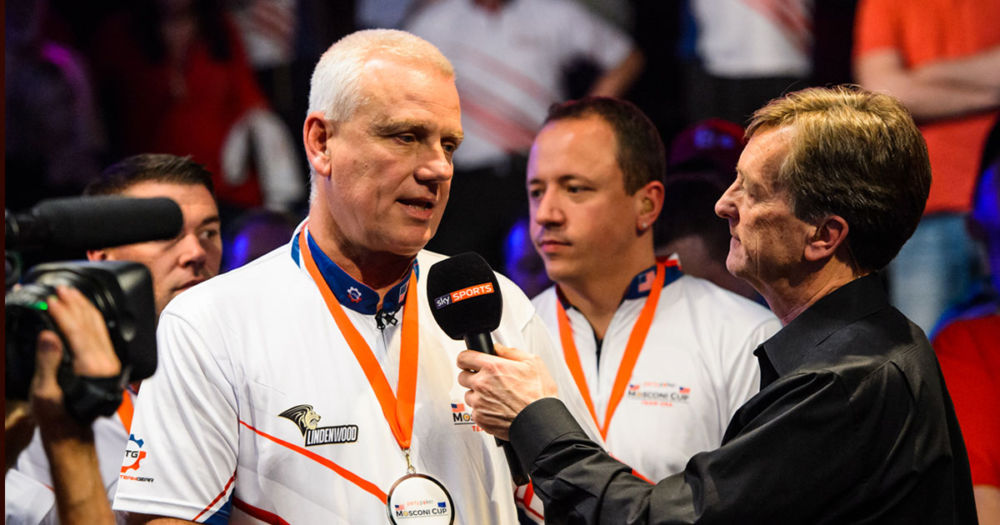 FOLLOWING THREE YEARS at the helm of the USA Mosconi Cup side, Mark Wilson has stood down as captain after the recent heavy defeat at the Alexandra Palace, London. Wilson was appointed in January 2014 following a run of defeats and was in charge of all team affairs for the next three Mosconi Cups, all of which resulted in losses.

Commented Wilson; “The three year record speaks for itself and while it is personally painful and deeply disappointing, it is the reality. Sport is about winning and a philosophy change is due when the scoreboard reflects a team’s shortcomings.

“Despite the pain of losing there have been victories towards building the sport and I hold no regrets in terms of the efforts, support, and direction chosen. The tremendous individual people and businesses that have shared the vision and contributed wilfully to create a brighter future for billiards all have my deepest gratitude.

“I completely respect the opportunity afforded me to be part of the best event that our sport has to offer. All of us look forward to the day that Team USA reclaims the Mosconi Cup.”

Matchroom Sport Chairman Barry Hearn said, “I’d like to go on record to thank Mark and his team for all the hard work they put in to try and turn American fortunes around in the Mosconi Cup. Mark is a man of great integrity and has a deep passion for the sport and it is a personal disappointment to me that the results didn’t come for him.”