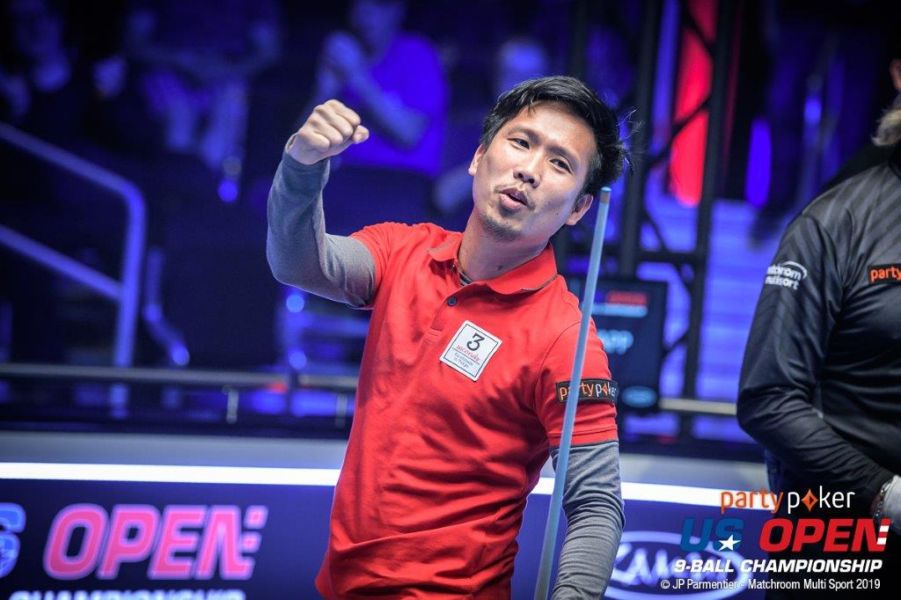 Alex ‘The Lion’ Pagulayan will meet Jeff De Luna in the quarter-finals of the partypoker US Open 9-Ball Championship after both came through gripping last-16 matches at the Mandalay Bay Resort and Casino Convention Centre, Las Vegas, live on Sky Sports and DAZN.

Pagulayan, the 2005 US Open Champion, defeated Aloysuis Yapp in a hill-hill thriller which was exactly that – an entertaining battle which twisted and turned throughout.

It was Yapp who reached the hill first, at 8-10. However, the Singapore sensation missed on the 6 to allow Pagulayan what should have been a routine run-out. The Canadian misjudged the bounce off the rail playing position on the 9 but played an inch-perfect bank to the right middle to pull within one. A runout took him to the hill and he then played a controlled decided rack to complete the comeback and progress to the last eight, to the delight of the packed Diamond Arena.

Earlier, Jeff De Luna saw off England’s Imran Majid to set up a quarter-final against a familiar foe in the form of Pagulayan. The Filipino had trailed for most of the match but from 8-5 down found his form to win six of the following seven racks to take the match.

“I was really happy to win,” said De Luna. “This week I feel like my game had been at 95% but today I felt pressure at the start of the match. I got comfortable with the speed of the table and was able to come back. Imran was playing well, I have played him before but this was the best I have seen him play so I was really happy to be able to come back.

“I play Alex all the time in the Philippines in money games so I am very comfortable against him. He is a great player, a World Champion, but the table is anybody’s during a game situation.”

Play continues with two more last-16 matches scheduled for Wednesday. All matches at the partypoker US Open 9-Ball Championship are race to 11, winner breaks, except the final which is race to 13. Live scores are available now at www.matchroompool.com.