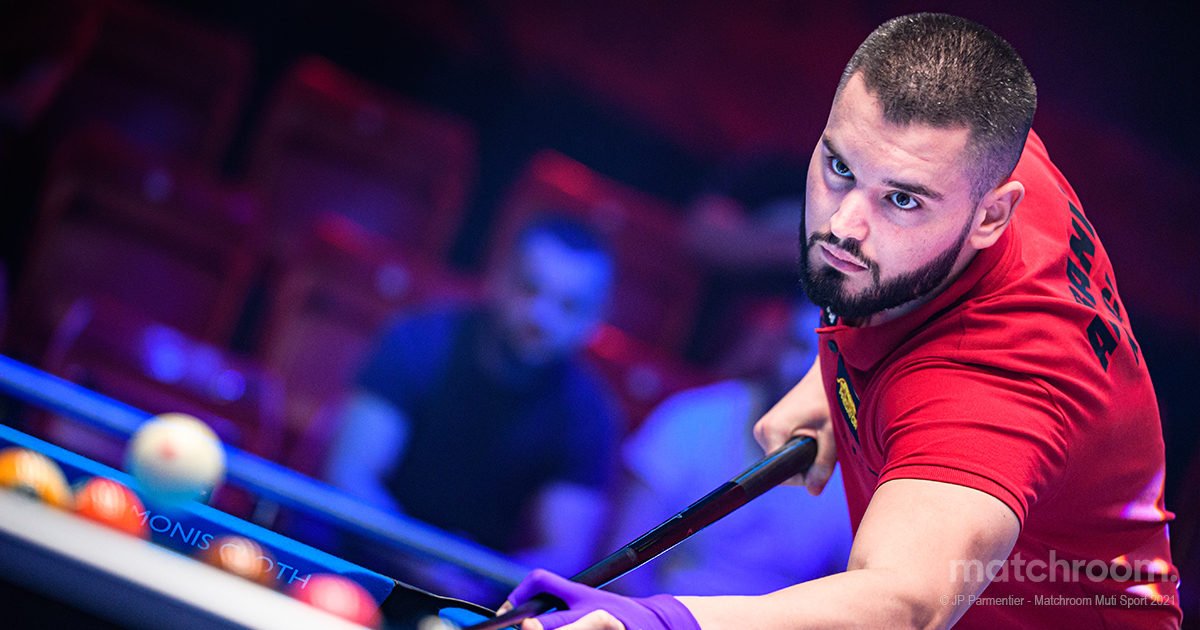 KACI’S ALBANIA AMONG LATEST CONFIRMED FOR WORLD CUP OF POOL

Eklent Kaci’s Albanian team are among a number of nations now confirmed for the World Cup of Pool, which will take place this May 9-14 at Stadium MK, Milton Keynes, live on Sky Sports.

Mosconi Cup winner Kaci will again be joined by Besar Spahiu after the pair defeated Russia at the 2019 World Cup before falling agonisingly short against Philippines, suffering a 7-5 defeat.

A host of European teams are now confirmed, as well as Kuwait (Omar Al-Shaheen and Bader Abdullah Alawadhi), and Australia, who will again be represented by Justin Sajich, this time partnered by Ivan Li.

Serge Das will return for Belgium alongside Kevin Lannoye, while Bosnia & Herzegovina will make their World Cup of Pool debut with Sanjin Pehlivanovic and Ajdin Piknjac. Philipp Stojanovic and Roberto Bartol will represent Croatia, while the Czech Republic pairing will be Roman Hybler and Michal Gavenciak.

Young Danish star Mickey Krause will make his debut in the Matchroom arena with Bahram Lotfy as the 20-year-old’s partner.

Estonia’s Denis Grabe and Mark Magi, who famously fell out after losing a hill-hill second round match at the last World Cup of Pool, will be hoping nothing comes between them this time around. Oliver Szolnoki and Vilmos Foldes are teaming up for Hungary and there’s a World Cup debut for Lithuania, represented by Pijus Labutis and Kęstutis Žadeikis.

The World Cup of Pool features 32 two-player teams and is played to a straight-knockout format, with a total prize fund of $250,000.

Team Austria (Albin Ouschan and Mario He) will defend their title in Milton Keynes, but competition will be tough with some of the biggest names in pool already confirmed. They include, three-times winners Philippines (Jeff De Luna and Roberto Gomez), USA (Skyler Woodward and Billy Thorpe), and Great Britain A (Jayson Shaw and Chris Melling).

The final teams will be announced shortly and the draw for the World Cup of Pool will be made soon after all teams have been confirmed.