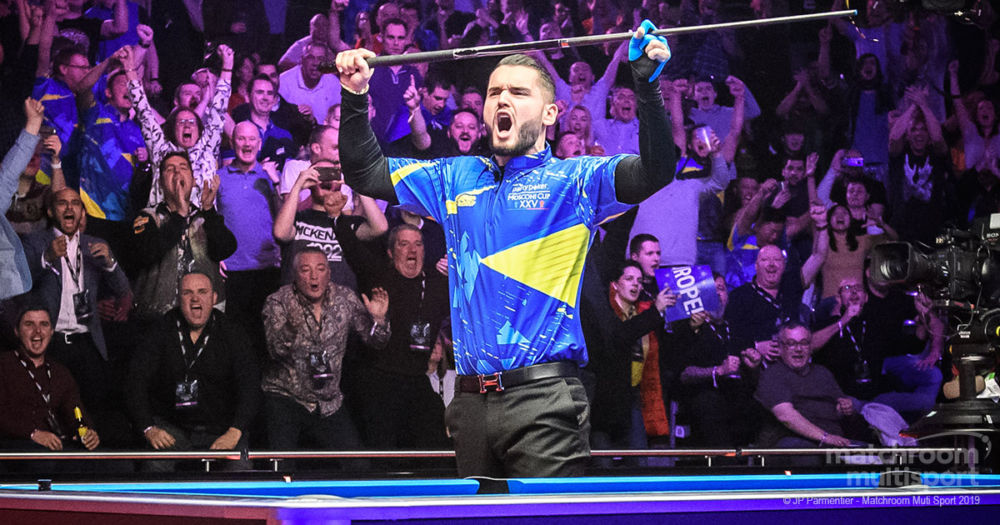 Eklent Kaci has promised Team Europe fans that they will reclaim the partypoker Mosconi Cup from Team USA when they travel to Mandalay Bay Resort, Las Vegas this November 25-28.

Europe’s eight-year winning streak was brought to an end by USA in London last year. Kaci made his Mosconi debut at Alexandra Palace and though he admits that he didn’t play to his best early on, he says he played perfectly once he’d got used to the unique atmosphere of the partypoker Mosconi Cup arena.

The Albanian finished second behind Joshua Filler on this year’s Team Europe rankings to automatically qualify for this year’s team, along with third-placed Alex Kazakis. Captain Marcus Chamat will name his two wildcard picks later this week.

“Playing the partypoker Mosconi Cup is my biggest goal of the year, and it feels great to be back; hard work pays off,” said Kaci.

“Last year was my first Mosconi Cup and if I am honest, I did not play my best. But over the last two days I played perfect. I got used to the arena and played much better. I can’t wait to be back in that arena, and I’m very confident that I’ll show my game out there.

“Europe had won it eight times in a row but last year we lost, and we did feel that a lot, because we are used to winning now.

“I promise to everyone this year that we are going to win. The whole team is well prepared and ready for it. Playing in the partypoker Mosconi Cup is totally different from the other tournaments. It is just an unbelievable feeling. You are not playing just for yourself but also for the team for the fans, it is just amazing.”