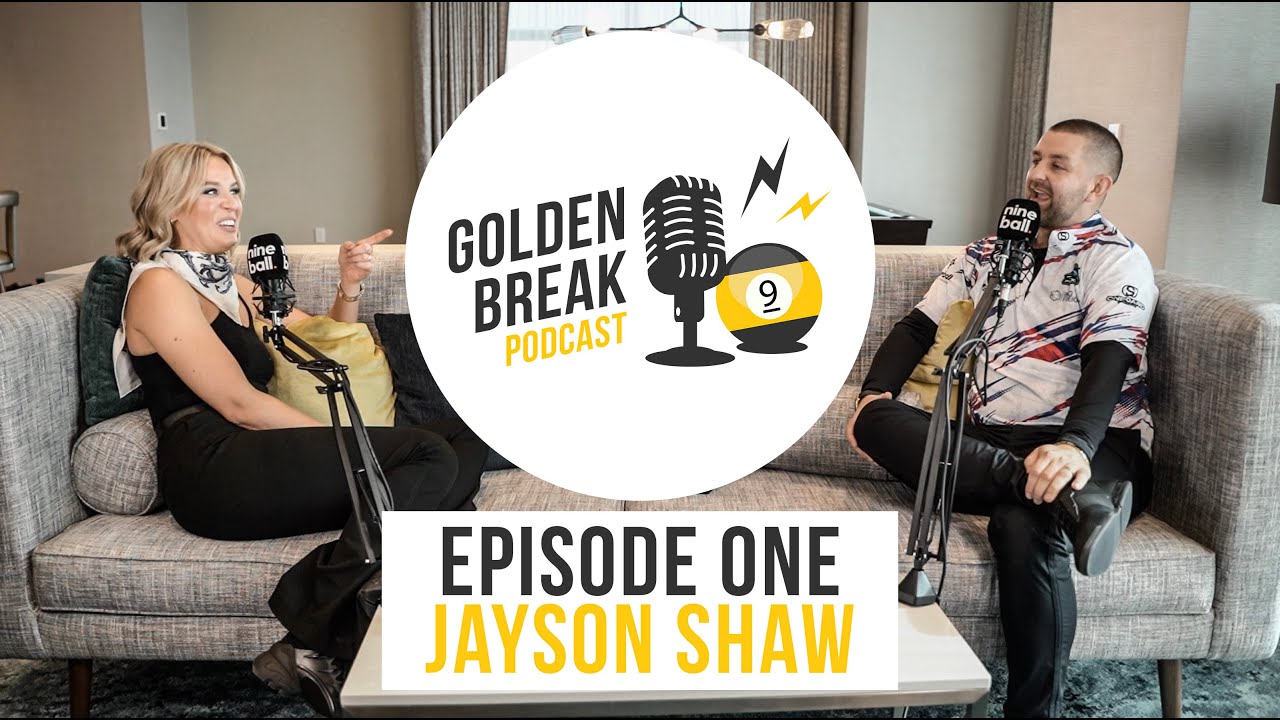 Jayson Shaw has revealed all in a new podcast from Matchroom called The Golden Break. The Brit admitted how his mental health struggles made him consider quitting the sport and how living with Earl Strickland transformed his aspirations to reach the top during an in-depth conversation with Matchroom Multi Sport Managing Director Emily Frazer.

The new podcast series that launched with the enigmatic character Shaw highlights the stories of the players that many will not be aware of and their journeys in which many go on to reach the top of the game. Shaw opens up on his childhood where he lied to his mum to skip school to enable him to practice to working at Craigpark Masters where the likes of John Higgins, Alan McManus, and Graeme Dott put their hours in on the table.

“Pool is mental. You go from highs to lows; people don’t get it. People think everything is okay because you’ve got kids and a family. There is a lot of stuff mentally that can break you. It nearly broke me hard. I needed time to regroup and refocus. It’s tough, one day you’re on a high, and the next day you want to end it, you want to quit. It’s a crazy game,” said Shaw

Shaw looks back on a career that is a true rags-to-riches story underpinned by a selfish determination to make his family proud. The journey saw the two-time Mosconi Cup MVP spend time living in New York with USA legend Earl Strickland to now having two children, a wife, and a pool hall as well as competing at the highest level.

In the first 48 hours, the podcast clips have been viewed over 100,000 times with the full 1hr 40 minutes podcast being enjoyed over 25,000 times, with the pool community and general sports fans admiring Shaw for his openness showing a side of the character people were not aware of.

On living with Strickland: “I end up sharing an apartment with him where in the pool room every day. I sat back and soaked in everything up that this guy was saying. I know a lot of people say he is mental on the table. I get it but he is just so passionate about the game. Off the table, he is one of the nicest guys I’ve met in my life. I’ve learned so much from that guy. I think he took my game to the next level because we would get up in the morning and he’d always say to me ‘you have to stay fit’ – I am sleeping and I wake up and he’s on the floor doing 1,000 sit-ups.”

The Golden Break Podcast delves deeper into the minds and lives of pool’s biggest names to highlight the people behind the persona and the journey they have been on to reach the top of their game.