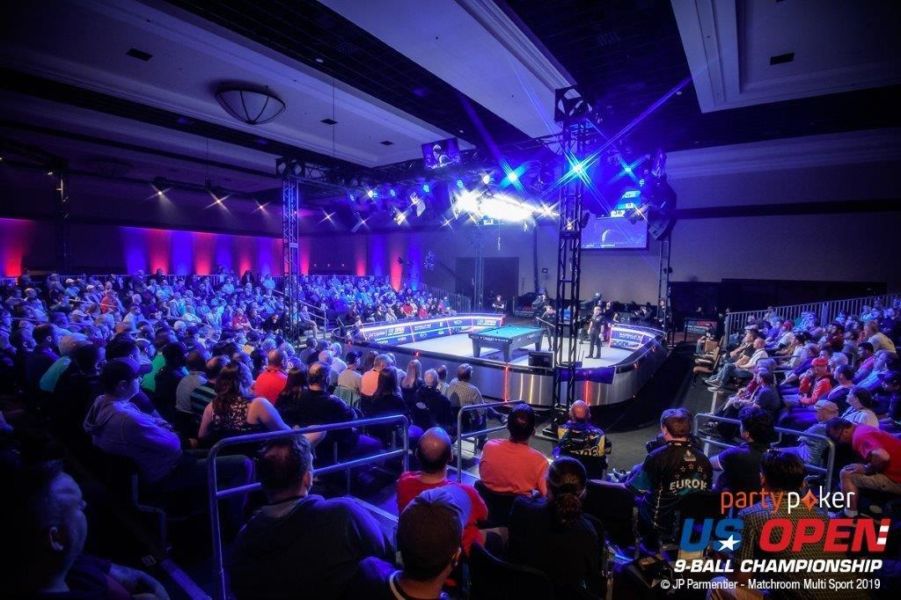 BCA Hall of Fame promoter Barry Hearn has hailed the ‘phenomenal success’ of the partypoker US Open 9-Ball Championship, which was watched live by a global TV audience in over 130 countries worldwide.

Germany’s Joshua Filler cemented his position as the World No.1 by beating China’s Wu Jiaqing 13-10 in front of a sold-out crowd of 700 pool fans at the Mandalay Bay Resort, Las Vegas.

The double elimination stage of the event was broadcast free on the US Open Facebook page, with the live stream viewed over 2million times. When the tournament moved to single elimination and onto the global TV stage, over 130 countries took the live broadcast, with DAZN in countries including America and Germany, Sky Sports in the UK and CCTV in China.

“It has been a phenomenal success in year one, and that is thanks to the players and fans who came out to support the sport,” said Matchroom Sport Chairman Hearn. “We had over 100 players on the waiting list for this event, on top of the 256 field we had and we achieved some really impressive viewing figures on Sky Sports, so the game is in good health and is going to go from strength to strength.

“We were live to over 130 countries around the world who watched great pool from the City of Entertainment, and we had 47 different nations represented. As an opening year event for us it ticked a lot of boxes but the good news is we are not complacent and we can make this event bigger, more exciting and I think the players will be rewarded, as they should be because they have special talent.

“I am inspired by the fact pool is such an electric sport. Matchroom have shown the way with the Mosconi Cup, World Cup and World Pool Masters and the US Open has history which we can really build upon to make this an event where it isn’t several hundred, but why not several thousand people attending? We are planning something even bigger for next year and we have some really exciting times ahead in 9-ball pool.”

Details of the 2020 US Open 9-Ball Championship will be announced in due course. Fans can sign up to the free Matchroom Pool Club to be among the first to hear about next year’s US Open and get exclusive access to the ticket pre-sale. Sign up at https://matchroompool.com/pool-club/.