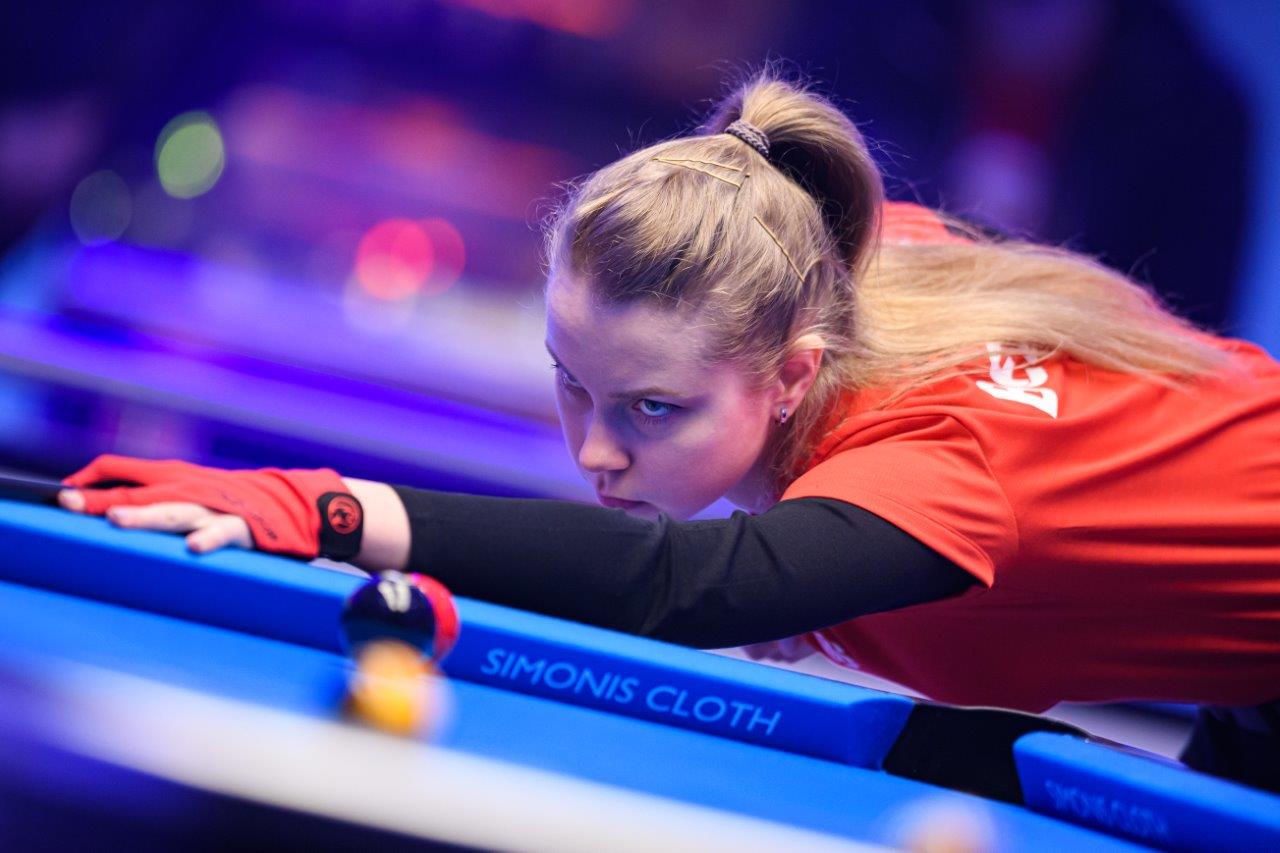 Great Britain A survived a huge first round scare against Belarus to advance to the second round of the World Cup of Pool, while Great Britain C and USA also progressed on Tuesday evening.

Mosconi Cup MVP Jayson Shaw was joined by Chris Melling on Great Britain A but they found themselves struggling against Belarus’ all-female pairing of Margarita Fefilova and Yana Halliday, whose husband Richard had represented South Africa earlier in the evening.

Belarus showed early in the match that they certainly weren’t here to make up the numbers, taking two of the first four racks. The hosts looked set to regain the lead in the fifth but Melling left Shaw poor position on the 9, and his attempted thin cut barely moved the 9 and Belarus took the lead.

Great Britain levelled but with the chance to lead it was Melling who missed the 9, Shaw guilty of poor position on that occasion. Belarus then missed one of their own; 5-3 looked on the cards until Halliday missed the 6, allowing Shaw and Melling off the hook, and GB levelled again.

That was the end of Belarus’ hopes, though, as Shaw and Melling ran the next rack to finally lead again for the first time since 1-0, and they ran the next two racks too to complete a 7-4 victory after an almighty scare served up by Halliday and Fefilova.

Great Britain C, late entrants after Canada suffered travel issues, were hoping to roll back the years as Darren Appleton and Karl Boyes looked to recreate the partnership which made them so formidable at the Mosconi Cup and saw them lift the World Cup in 2014.

They were up against South Africa, who had Richard Halliday alongside JJ Faul, a late-replacement for Richard’s brother Vincent. Both teams struggled under the arena lights. Appleton and Boyes got themselves 5-3 ahead but with a chance to reach the hill, ‘Dynamite’ missed an 8 to the middle. GB took the next to reach the hill, but South Africa got a chance again in the 11th rack.

Faul looked certain to close the gap and pile the pressure on the Brits but missed the 9 off the spot. With head in hands certain he’d given away the match, the South African earned a reprieve as the 9 sailed up table and fluked into the top left pocket.

South Africa were then breaking to level, but didn’t have a shot despite making the 1 on the break. Boyes got a chance when he had sight of the 2 and when he landed it, the 2014 champions were able to clear the table to meet Greece in round two on Wednesday.

The session had opened with American pairing Skyler Woodward and Billy Thorpe easing to victory over Australia’s Justin Sajich and Ivan Li.

After a shaky start including a missed 9 by Woodward at 3-1, USA settled. Australia couldn’t take advantage of the break at 3-2 down and from there the American pair were able to pull away. Having gone 4-2 up they ran the next two racks, a trademark Thorpe bank on the 2 the highlight of the eighth rack.

USA lost control of the table in the ninth but Australia could only play a hopeful jump on the 2, however Sajich left it open and Woodward and Thorpe, already on the hill, ran out to set up a mouth-watering clash with the Philippines in round two.

The World Cup of Pool continues on Wednesday with second round matches including Japan vs. Russia and Germany vs. Kuwait in the afternoon, before both remaining Great Britain teams feature in the evening session.