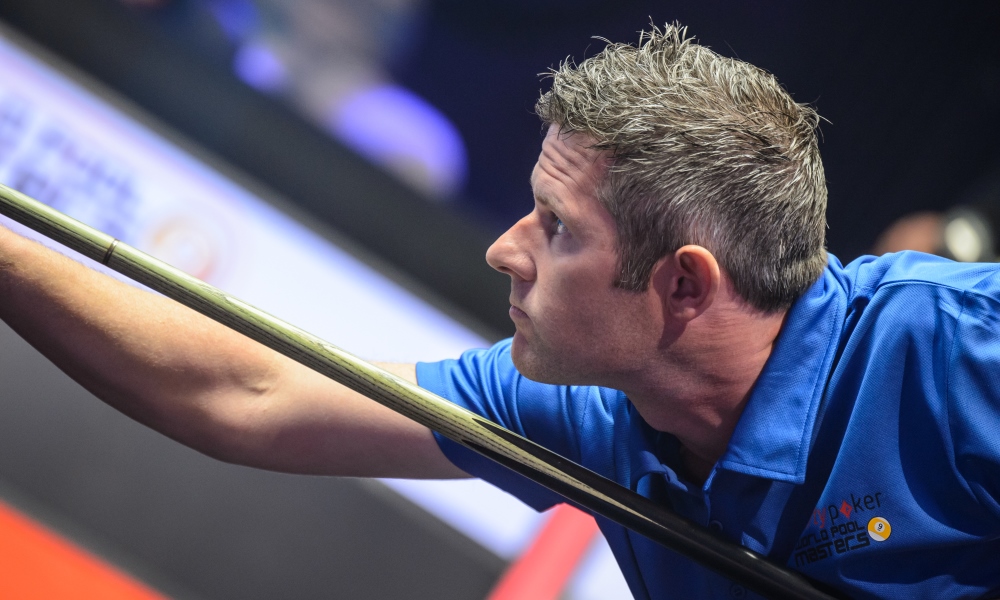 MARK GRAY, one of the European heroes at last year’s Mosconi Cup, forced his way into the line-up of this year’s PartyPoker World Pool Masters following a 21-11 play-off victory over Daryl Peach at the Escape Pool Bar in Barnsley. With Darren Appleton, Karl Boyes and Jayson Shaw already invited into the Masters, the final British spot was a toss-up between Gray and Peach, the 2007 World Pool Champion.

Commented Gray, “It’s great to be playing in the Masters again, especially after last year when I was invited but woke up on morning of event with sickness bug.  Somehow I beat Mika Immonen before losing to eventual winner Shane Van Boening in the quarter-final.

“This year was very different with Matchroom picking three Brits but unable to decide on the fourth so they thought it would be best if me and Daryl Peach had a play-off match. Thankfully for me I won 21-11 playing quite solid but Daryl had an off day by his high standards.

The Masters is now in its 23rd year and features 16 top players from around the world competing for a $70,000 prize fund. Defending champion is USA’s Shane Van Boening and other previous champions contending for the title will include Ralf Souquet (Germany), England’s Darren Appleton and Niels Feijen of Holland.

“I’m really looking forward to playing in Manchester and it’s always great playing in Matchroom promoted events because you always get good crowds, a nice venue and you are playing for decent prize money.

“I’m sure most pool players will say every year that they aim to be in all three of Matchroom’s events; The Masters, World Cup of Pool and the Mosconi Cup. I’ve got a real tough draw in Ko Pin Yi, the current World No2 and World 10 Ball Champion, in round one but I know if I turn up with my A-game I can cause him problems and potentially beat him.”