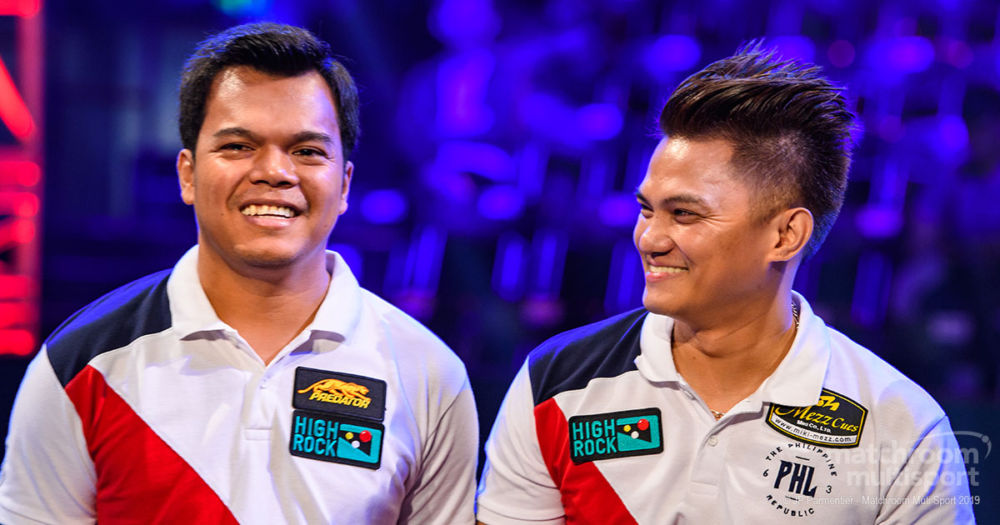 The final teams have been confirmed for the 2019 World Cup of Pool with powerhouse nations such as Philippines, Germany and Holland all set to compete at the Morningside Arena, Leicester this June 25-30.

Tickets are on sale now at www.matchroompool.com for pool’s biggest doubles event with the draw to be announced shortly.

A further 15 teams have been added to the line-up with the final nation to be the winner of a European qualifying event, which will take place over the weekend of June 1-2 at IDM Club in Bucharest, Romania.

US Open and World Champion Joshua Filler will again compete alongside Ralf Souquet for Germany, with another Mosconi Cup legend in Niels Feijen being joined by Marc Bijsterbosch for Holland. Alex Pagulayan teams up with John Morra to represent Canada, and Ko brothers Pin-Yi and Ping-Chung will be aiming to win Chinese Taipei’s second World Cup title.

Elsewhere South American Champions Chile will be represented by Enrique Rojas and Alejandro Carvajal, while there will also be teams from Brazil and Saudi Arabia, with players to be confirmed shortly.

Tickets for the 2019 World Cup of Pool are on sale now priced at £5 for weekday afternoons and £10 for weekday evenings and weekend sessions. A season ticket is available for £75 with premium ticket packages available for weekend days including food and unlimited beer, wine and soft drinks.