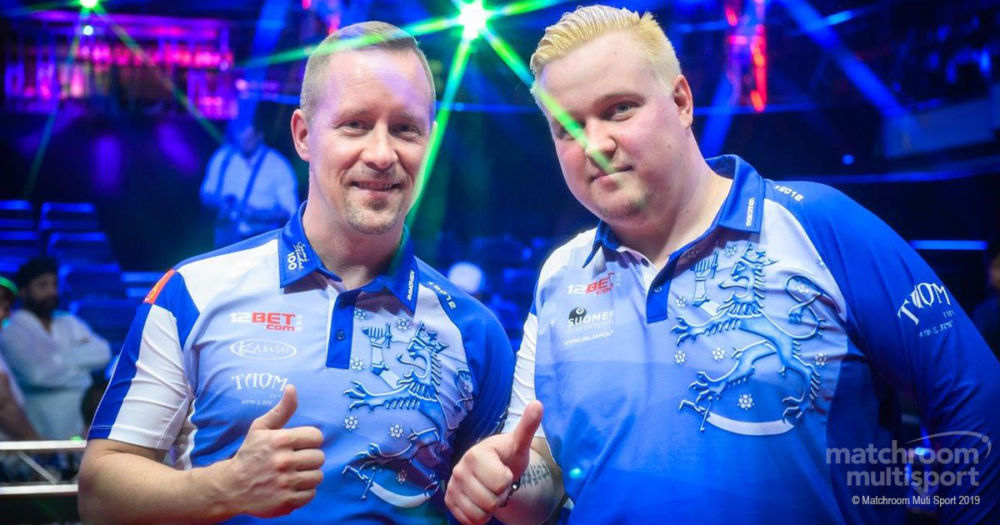 The first 16 teams to participate in the 2019 World Cup of Pool have been confirmed ahead of the event at Morningside Arena, Leicester which takes place from Tuesday, June 25 until Sunday, June 30 with tickets on sale at midday this Friday, May 24 at www.worldcupofpool.com.

The line-up includes three pairs who have previously won the event together; defending champions Wu Jiaqing and Liu Haitao of China, 2017 winners Albin Ouschan and Mario He of Austria and Finland’s Petri Makkonen and Mika Immonen.

As host nation Great Britain can enter two teams, with Scotland’s Jayson Shaw and Yorkshire’s Chris Melling making up Great Britain A and Mark Gray and Imran Majid on Great Britain B. Team USA will be among the favourites after defeating Europe at December’s Mosconi Cup in London; Shane van Boening, a World Cup winner in 2008, returns and is partnered by Mosconi MVP Skyler Woodward for a third time. They reached the World Cup final two years ago before losing out to Austria.

Justin Sajich and Danny Stone won their national qualifier to earn the right to represent Australia, and Matt Edwards will this year be paired with Simon Singleton for New Zealand. Richard Halliday returns for South Africa and is this year partnered by Jason Theron while Czech Republic (Roman Hybler and Michal Gavenčiak) and Estonia (Denis Grabe and Mark Magi) have also been confirmed.

More teams will be announced in the coming days with draw and schedule information to follow in due course.

General sale begins at midday on Friday, May 24 with tickets priced at £5 for weekday afternoons and £10 for weekday evenings and weekend sessions. Season tickets and premium ticket options are also available.