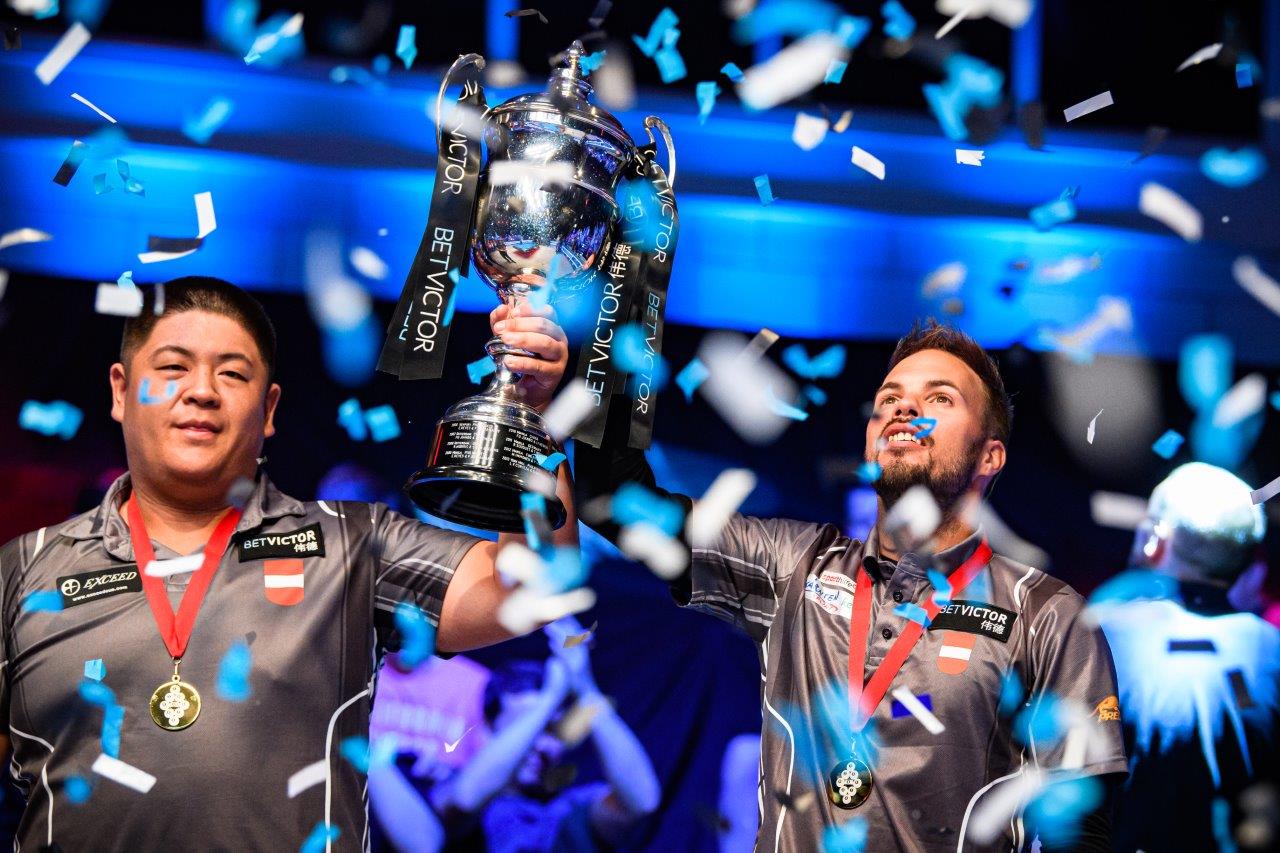 Defending Champions Austria are among the first teams to be confirmed for the 2021 World Cup of Pool, which will be played from May 9-14 in Milton Keynes, England, live on Sky Sports.

The Austrian duo and of Albin Ouschan and Mario He will be looking to lift their third World Cup title. They defeated Philippines 11-3 in the 2019 final, the third successive time they had reached title match. They had previous won the event in 2017 when they beat USA in the final, and in 2018 fell just short of defending their crown when they were overcome by China in Shanghai.

Having waited almost two years for the chance to defend their title, Austria’s Ouschan is excited to reunite with his playing partner.

“The wait is over,” said Ouschan, who is currently playing in Predator Championship League Pool. “I will see Mario to get some practice at the end of April, it will be the first time since March last year that I have been able to see him.

“It is awesome to play with Mario. There is no big secret but we are friends and we know each other’s game. In the last three years I don’t think there has even been one match where we have both played a really good set, it has always been that one was playing better than the other and saved us. In 2017 it was probably me who saved us, in the second year when we lost to China we both played well, but last time it was definitely Mario and he was the MVP of the tournament.”

Also confirmed for the World Cup of Pool is the Dutch duo of Niels Feijen and Marc Bijsterbosch. As host nation, Great Britain will have two teams in the event. The ‘A’ team will be announced shortly, and the ‘B’ Team can be confirmed as Women’s World 9-Ball Champion Kelly Fisher, and Hall of Famer Allison Fisher.

“I am really looking forward to the World Cup of Pool,” said Kelly Fisher. “It will be me and Allison together, playing doubles against the guys, it will be great fun. We will be out there to do some damage, it will be super exciting for the fans, and for us too.”

Finland will be represented by Petri Makkonen and Casper Matikainen, who will make his World Cup debut. Poland’s team will be Mieszko Fortunski and Wojciech Szewczyk, while Spanish pair David Alcaide and Francisco Sanchez-Ruiz return after making the semi-finals last time out. Naoyuki Oi will be back for Japan and this year will be partnered by Masato Yoshioka.

The World Cup of Pool features 32 two-player teams and is played to a straight-knockout format. The remaining 25 players and teams will be confirmed over the coming weeks.