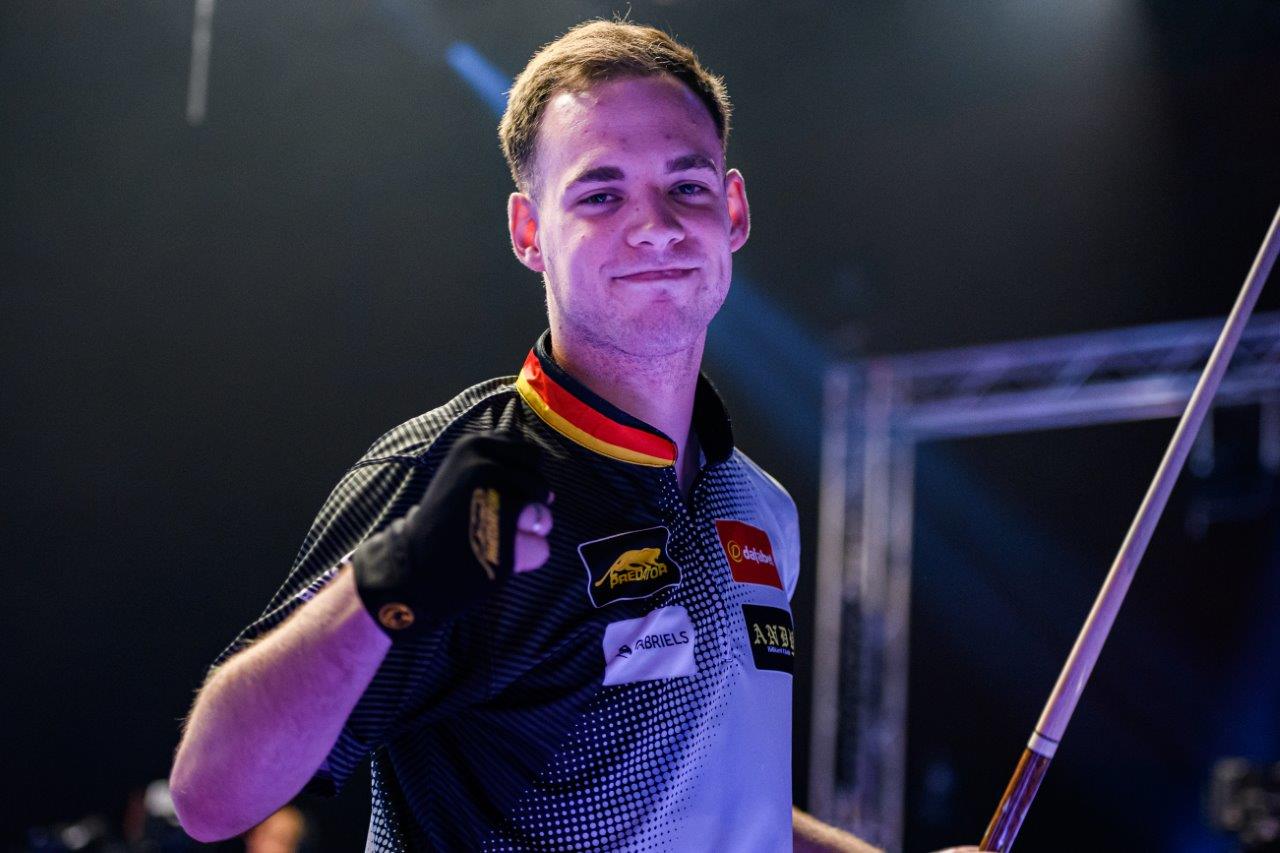 Joshua Filler will meet Shane van Boening in the semi-finals of the Dafabet World Pool Masters, while Alexander Kazakis will face Eklent Kaci at the Europa Sports Complex, Gibraltar.

Filler defeated Denis Grabe 7-5 in the afternoon session of finals say, before Van Boening beat Max Lechner 7-4 in his semi-final. Kazakis, runner up at the last Dafabet World Pool Masters, continues his quest for redemption after beating an out-of-sorts Skyler Woodward 7-3 and will now face Eklent Kaci in the semi-finals.

Grabe and Filler shared the first eight racks of their match to be tied at 4-4 in the race to 7. An errant Filler safety gave his Estonian opponent the initiative but he missed the 7 with a chance to reach the hill and Filler was able to level at 5-5. Grabe then fouled in the next rack and Filler was first to the hill, from where he was able to close out a 7-5 win.

“I made a couple of mistakes but in the end I won and that is what matters,” said Filler. “I was feeling nervous through the match and managed to win. Pia told me during soke breaks to believe in myself, and I kept going.

“I have played Shane a few times before and won most of the matches. He is breaking well so I expect a tough match. When I was young I always wanted to play against the best players and you have to beat the best players. I love being out there, feeling the pressure, and I will enjoy it, that is for sure.”

Filler has built a fascinating rivalry with Van Boening in the Mosconi Cup and will meet the five-time US Open Champion this evening after the South Dakota Kid beat Max Lechner 7-4.

“I have played Filler a lot but only beaten him once so to win today would be a great day,” said Van Boening. “I have to keep it going, I am playing my best game and feeling pretty good. I have been practising hard and working on my game.”

After sharing the first four racks with Kazakis, Woodward should have been 3-2 up but missed an easy 9, although he levelled at 3-3 in the next. However, he struggled at times and Kazakis took the lead again at 4-3, before closing out the match by winning the next three racks.

“I thought he would play well because in his previous two matches he was always perfect,” said Kazakis. “I was lucky he was having a bad day because I made some silly mistakes. When I am playing I am trying not to think about 2019; this is a new tournament, I am into the semi-final and I have to focus on this moment and not what happened in 2019. Kaci is one of the best players in the world, so it will be a tough match and I will have to play well.”

The semi-finals begin from 6:30pm local time and will be followed immediately by the final. The Dafabet World Pool Masters is broadcast globally including on Sky Sports, DAZN and Zhibo.tv. Coverage is available on Matchroom.Live in nations without a TV broadcaster. Full details can be found at www.matchroompool.com.

The Dafabet World Pool Masters is broadcast globally including on Sky Sports, DAZN and Zhibo.tv. Coverage is available on Matchroom.Live in nations without a TV broadcaster. Full details can be found at www.matchroompool.com.

REDEMPTION FOR KAZAKIS AS HE WINS DAFABET WORLD POOL MASTERS