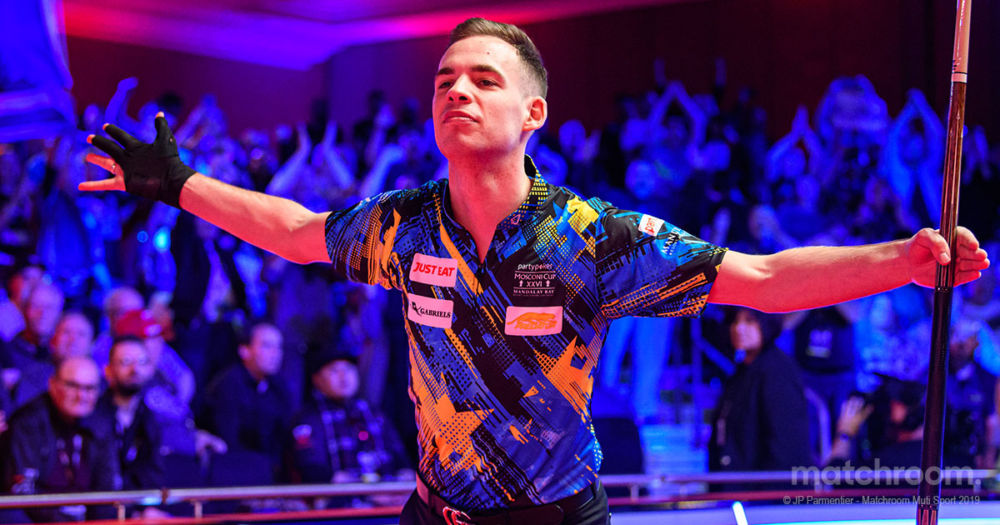 Joshua Filler will make his third appearance for Team Europe at the 2020 partypoker Mosconi Cup, having been selected as captain Alex Lely’s second wildcard.

Filler became the youngest ever partypoker Mosconi Cup winner aged 19 in 2017 and took home the MVP title in his rookie appearance that year. He returned to the team in Las Vegas last year but, despite an impressive individual showing, was on the losing team as USA defended their title.

However, the 2018 World Champion and reigning US Open Champion is determined to help Europe bring home the Cup this year. He joins Fedor Gorst and Jayson Shaw on the team, with two further captain’s wildcard picks to be announced next month

“It is amazing, just from thinking about it I have goosebumps everywhere,” said Filler of his selection. “I am so glad that Alex picked me and I am back on the team.

“When I reflect on last year, I think in the singles we did pretty well but in the doubles we messed up. I think we have to practice on the doubles and if we can fix that, we will be the favourites again.

“When I played Shane van Boening, it was amazing. He missed easy balls and I took my chances and I beat him twice; 5-0 and 5-1. They were big moments for me and that was the big highlight from last year’s Cup.

“When I lost to Skyler, he played amazing and didn’t make any mistakes. I was crying in the arena, because I was so disappointed to lose. But I am so happy to be back and helping the team out and I hope we can get the Cup back.

“We have lost the last two years now. It is a dream for a European player to be on the team and winning with all of the people there.”

Captain Lely added: “He has energy, confidence, charisma and a no-miss attitude. As far as I am concerned, it would be very difficult to imagine a Mosconi Cup team without this guy.

“Joshua wears his heart on his sleeve. He is a bundle of energy and he brings the game to his opponent and in this case, to Team USA. He is 22-years-young, he is so smart and has already gained so much knowledge from his previous two Mosconi Cups, and we are more than happy to have him on board.”