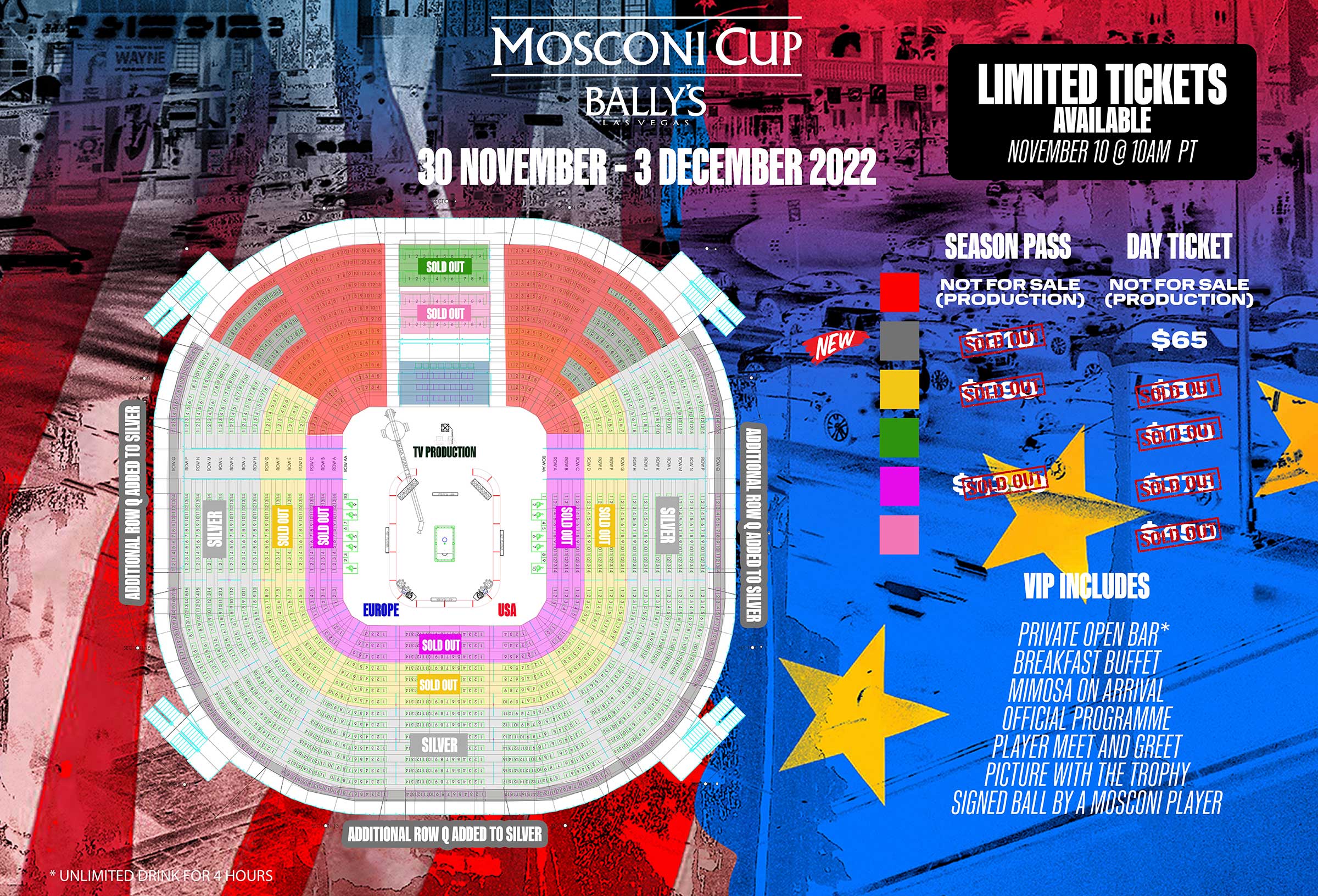 Additional tickets for the 2022 Mosconi Cup at Bally’s Las Vegas are on sale now with an extra row of day tickets available from $65 to sweat the action from November 30 to December 3.

Fans will be able to take advantage of the extra seats available at $65 per day in the silver section of seating in the new cauldron-like arena at Bally’s Las Vegas to accommodate the biggest seating capacity staged for a Pool event in the USA, catering for over 2,000 supporters travelling from far and wide to catch a glimpse of the action. The additional row of seating is shown on the map attached here.

EARL STRICKLAND OUT FOR REDEMPTION AS FINAL WILD CARD PICK