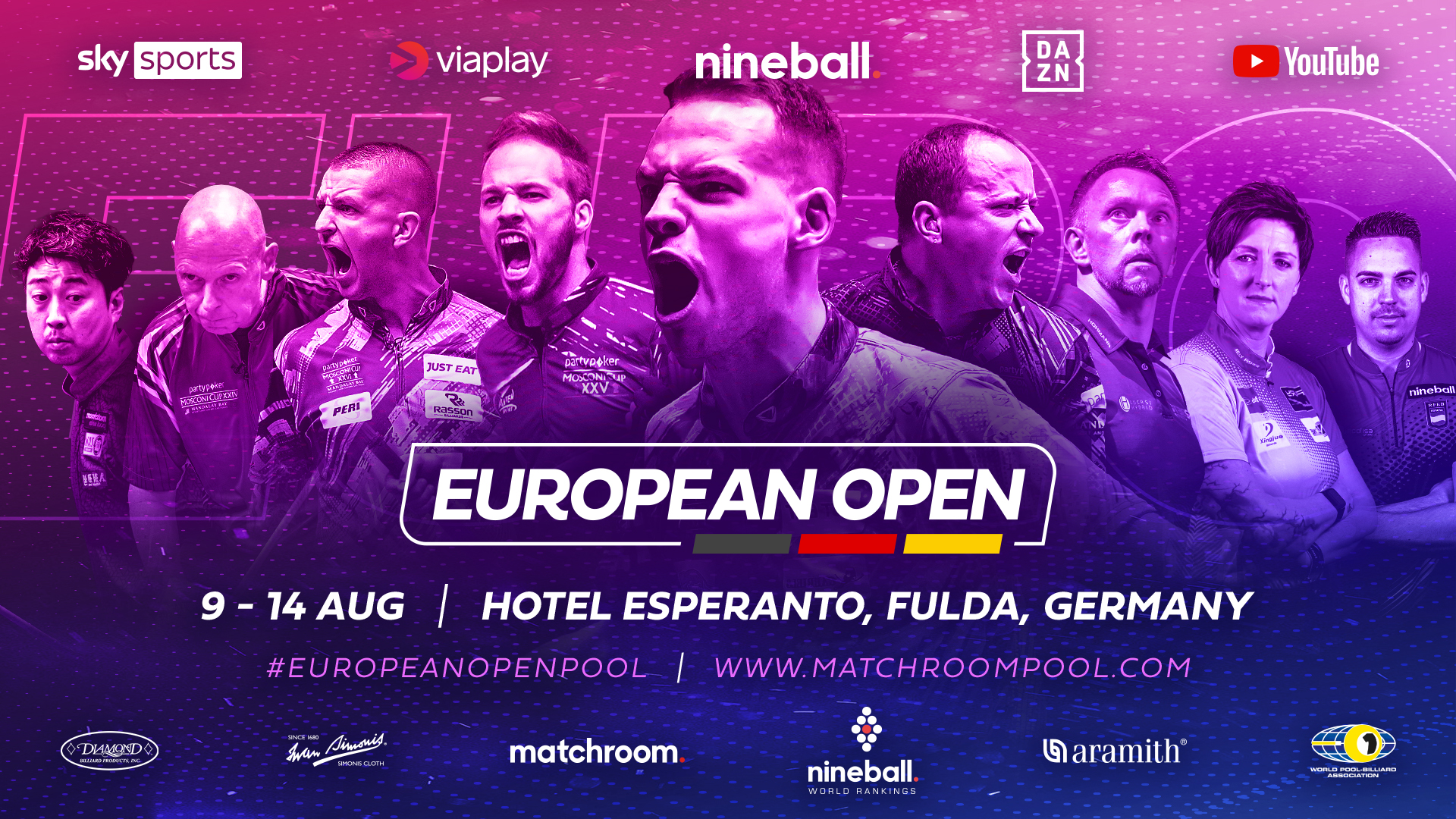 EUROPEAN OPEN POOL CHAMPIONSHIP ENTRIES SELL OUT IN UNDER AN HOUR

Player entries for the inaugural European Open Pool Championship at Hotel Esperanto, Fulda, Germany sold out in less than an hour with 256 spots snapped up ahead of the $200,000 prize fund tournament getting underway from August 9-14.

The European Open Pool Championship is the latest event to be added to the Nineball World Ranking schedule with 256 of the world’s best set to head to Germany, scheduled live on Sky Sports. The format will see a revision from the UK Open Pool Championship with the nine on the spot being trialled along with a break box. See full format here.

Germany’s No.1 Joshua Filler said: “It’s always been my dream to play one of the biggest events in my home country, Germany. This year with the European Open, we have just that. Come and support our players. Me, Thorsten Hohmann, Ralf Souquet, we’re the main guys. These guys should be supported alongside the local players. We still have so many other great players from Germany. It will be interesting to see how good they will do. I think it’s the first in however many years, the biggest event in Germany. It will be special. It would be amazing to win it and one of the biggest dreams I have.”

Sign up for specator ticket alerts for the European Open Pool Championship here.