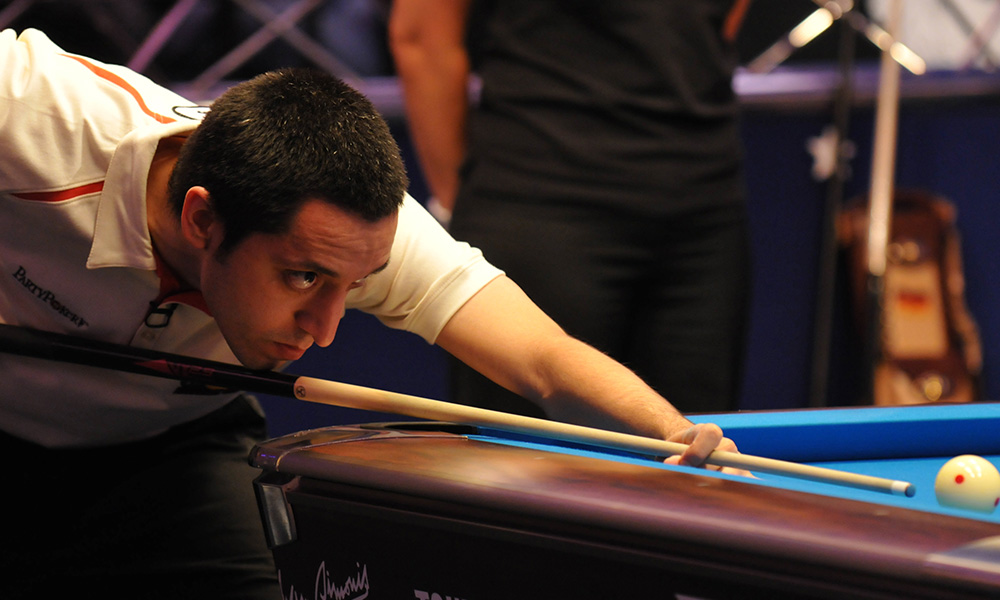 Dominguez is early leader as qualification race hots up

WITH FIVE of the scheduled 25 tournaments in the Official Mosconi Cup Team USA Ranking list having taken place, it is California’s Oscar Dominguez who leads the way following his win at the Jay Swanson Memorial at the weekend. His 30 point haul, added to the 38 he won at Turning Stone and the DCC in January, gives him an 11 point lead over seasoned Mosconi Cup veteran Rodney Morris in second place.

Dominguez, 30, is looking to make his second appearance in Team USA colours after winning on his debut in 2009.

In third position is Shane Van Boening, who has only played in one of the five events, but made the most of it in winning the Derby City Classic. Other tournament winners include 7th placed Skyler Woodward who took the Texas 10 Ball Open and Mike Dechaine who claimed the Empire State 10 Ball at the weekend. That event had its allocated points reduced by a third and awarded them to top 16 players only following a reduced entry of 32 players.

There will be an additional tournament on both the American and European tournament rosters following the WPA’s announcement of the $275,000 Kuwait 9 Ball Open, set to take place in September.

The 2016 Mosconi Cup takes place at the Alexandra Palace in London from 6th to 9th December. Three of the five spots on Team USA will be allocated to the three highest placed players on the ranking list following the conclusion of the US Open in October.

The roster of events has been significantly expanded from 2015 and this year there are now a total of 26 events which carry Mosconi Cup points. These events have been grouped into three categories: Category One is major international events both in the USA and overseas; Category Two is events played on 9 foot tables in the US and Category Three is events taking place in the US played on 7 ft tables.

The next events on the ranking list are Chinook Winds 8 Ball Open in Oregon in March, followed by the Don Coates Memorial in Raleigh, North Carolina and then the Super Billiards Expo, both in April.

Tickets for the Mosconi Cup are available here.