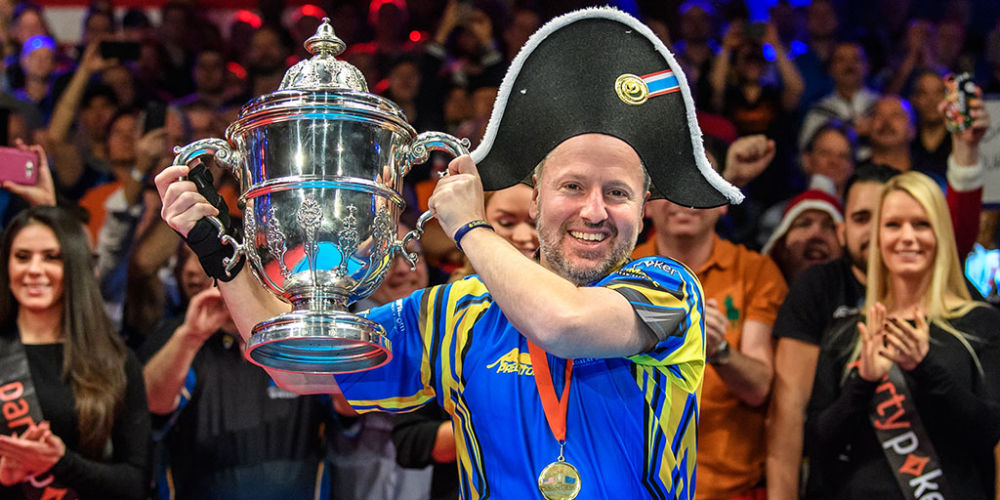 Marcus Chamat will return as European captain for the 25th annual Mosconi Cup this December 4-7 at Alexandra Palace, London.

The energetic Swede has led his side to three impressive victories since taking the helm in 2015 and, buoyed by an 11-4 success in Las Vegas in December, is confident he has turned his charges into an unbeatable force.

Chamat marked his Mosconi debut as a player in 2000 and made six consecutive appearances for his continent. He returned to the tournament as European captain in 2016 and immediately guided the side to an 11-7 success on American soil.

Twelve months later Europe registered an 11-3 victory over Team USA at Alexandra Palace and last year extended their winning run to eight successive Cups when Chamat had to bond a new team together with only one of his 2016 squad in Vegas.

Alexandra Palace is set to play host to the tournament’s biggest ever arena later this year, with record ticket sales already experienced for the December showdown. The iconic north London venue first staged the Mosconi Cup two years ago and Europe’s captain is anticipating an even hotter atmosphere this time around.

“London 2016 was one of the most amazing Mosconi Cups I have ever been a part of,” said Chamat. “Now, looking ahead to December, I can just imagine how really amazing it will be.

“Team Europe is doing great, it’s an amazing team with a lot of confidence and amazing players, and I’m growing more and more as captain to any challenge that is ahead of us.

“We will look forward to any challenge that USA will bring. I’m taking every year as captain as the first and last game of my life. I think my job as captain has proved to be a really strong force for us – I know how to get our team together and stick by each other.

“London will be an amazing feeling for all of us, we will enjoy it and by December we will be well oiled, well glued together.

“Last year, in Vegas, so many people said Team Europe were weak and would be beaten. But, surprise, surprise, we are Team Europe and any team they bring, we will take them down.”

The make-up of the European team will again be decided by a 15-event ranking series, with three players to automatically qualify for the team and the remaining two to be selected by captain Chamat. The ranking series schedule and latest standings can be found at: www.matchroompool.com/mosconi-cup/#teamEurope

World Pool Masters To Remain In Gibraltar Until 2021