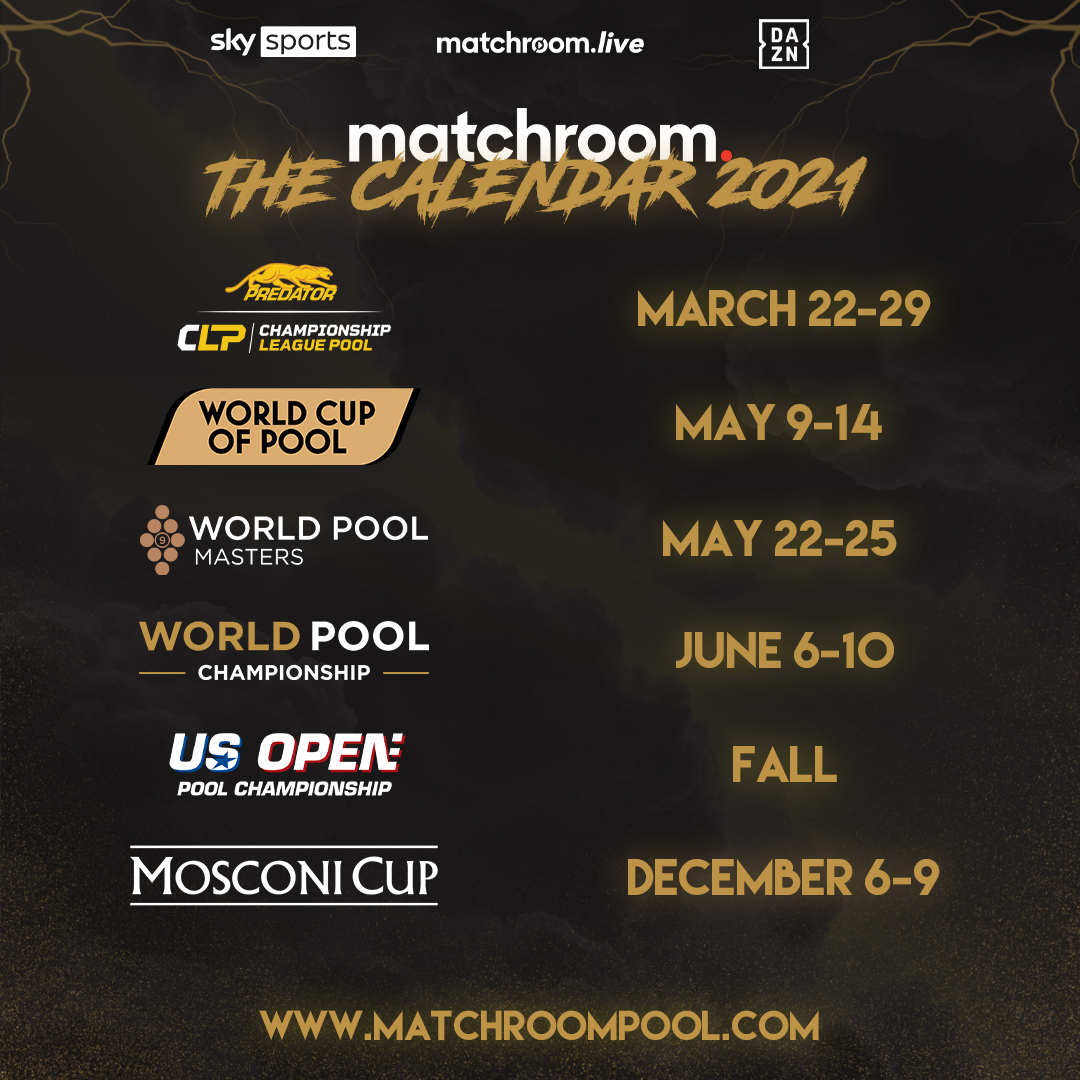 The 2021 World Pool Championship will now take place from Sunday, June 6 until Thursday, June 10 with the World Cup of Pool moving to run from Sunday, May 9 until Friday, May 14 with both events to take place at Stadium MK, Milton Keynes.

The World Pool Masters will remain in its original dates of May 22-25 and Predator Championship League Pool will begin the spring feast of Matchroom Pool Series events next Monday, March 22.

The 2021 US Open Pool Championship will take place this fall with venue and dates to be announced in due course. The year of Matchroom Pool Series events will conclude with the much-anticipated Mosconi Cup this December 6-9, venue and ticket details will be announced later in the year.