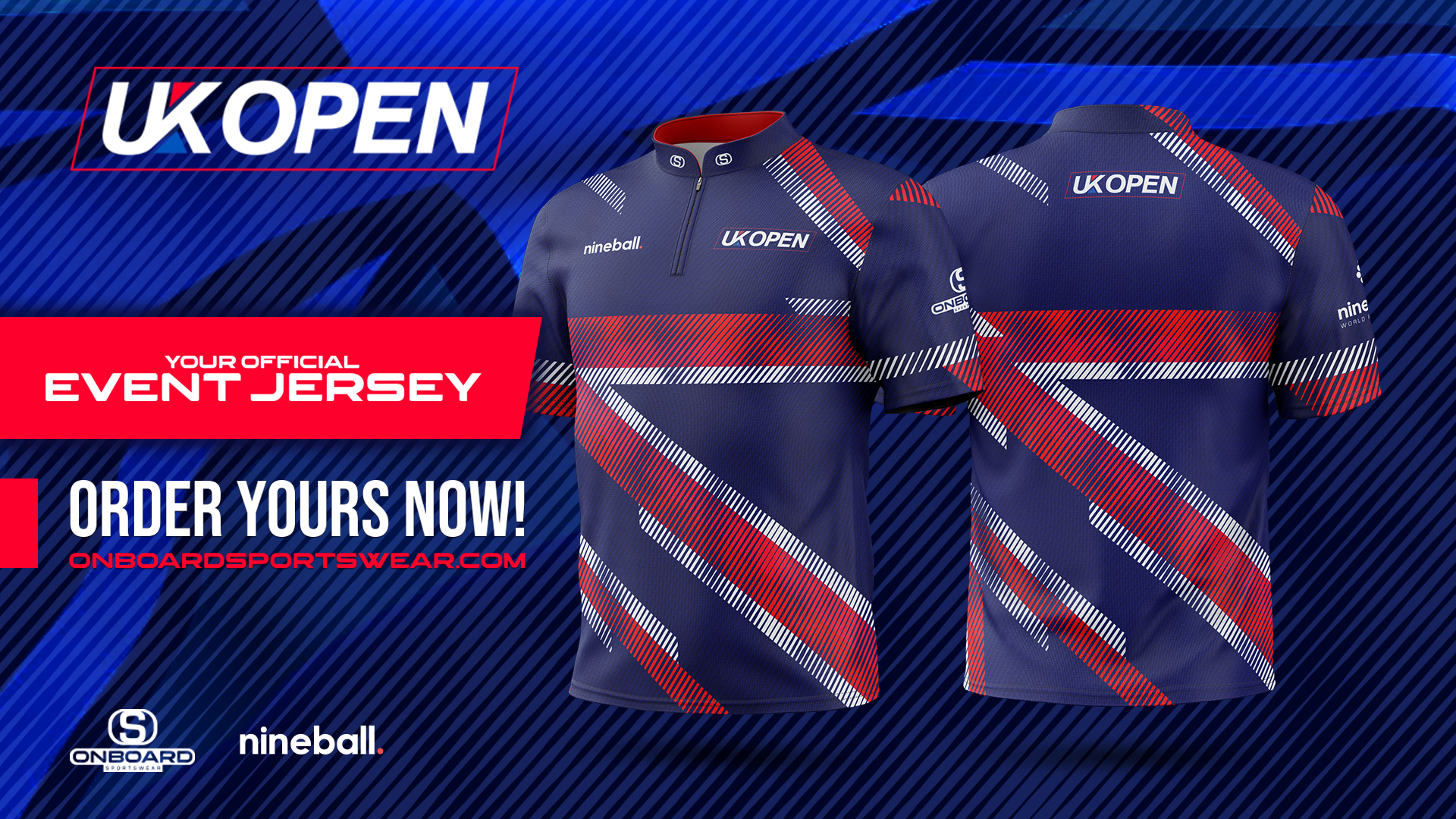 Get your Official UK Open Merch made by our official clothing partner Onboard Sportswear today ahead of the inaugural tournament taking place from May 17 to May, 22 at the Copper Box Arena, London.

Newly crowned World Champion and current 2023 Live Nineball World No.1 Shane Van Boening will lead the field along the likes of two-time World Champion Albin Ouschan and Team Europe’s two-time Mosconi Cup MVP Jayson Shaw. Fans will also get to see some familiar names from the world of snooker turn to Nineball.