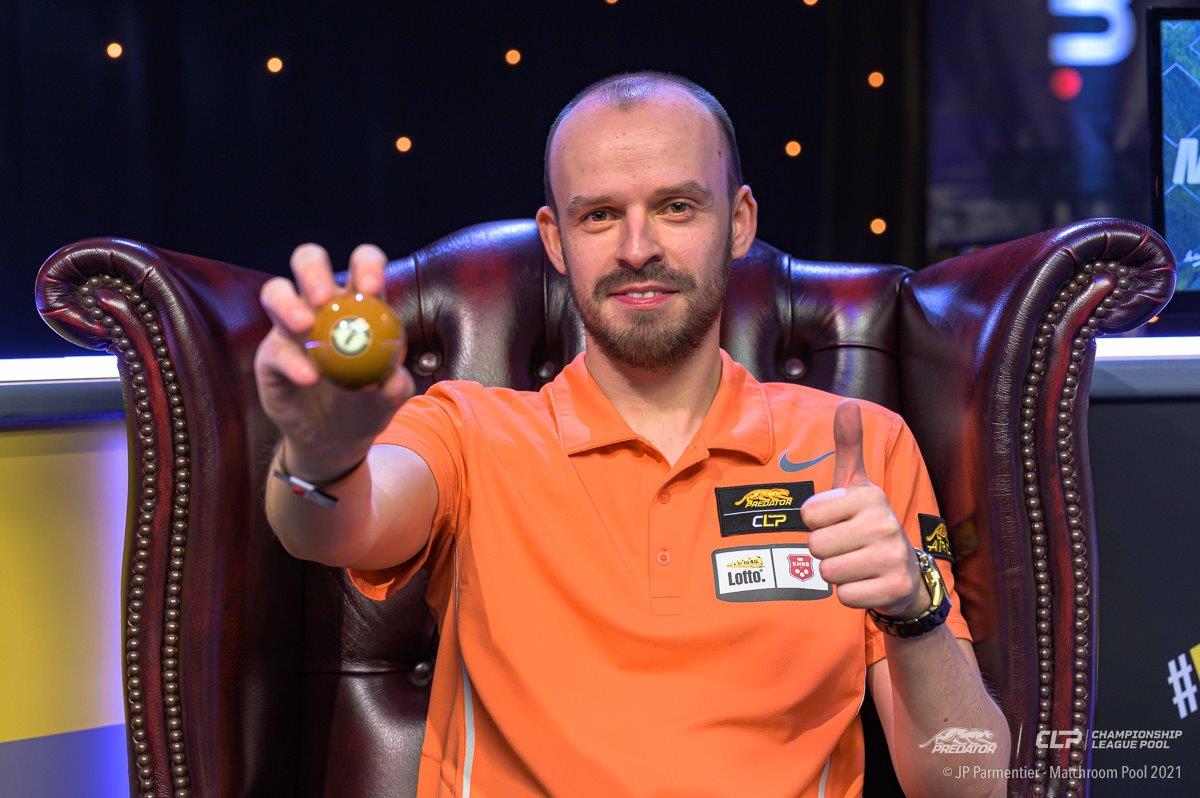 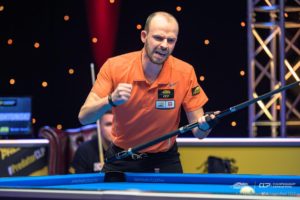 Fortunski, having whitewashed Alex Kazakis 5-0 in his semi-final, took the first rack of the final, which went according to break until the fifth. At that point Bijsterbosch, a 5-3 semi-final winner against Denis Grabe, came out on top in a safety battle to lead 3-2. Breaking in the sixth, Bijsterbosch ran out to reach the hill.

Poland’s Fortunski, who began in this event in Group 2, ran out the next rack to halve his deficit. But Bijsterbosch broke powerfully and left himself with a roadmap to victory in the eighth. With three balls down off the break the Dutchman was six shots from Winners’ Group but he under hit position to the 4. However, he recovered well and completed the rack for a place in tomorrow’s tournament finale.

“It feels amazing to win the final group,” said Bijsterbosch. “I started the group with two wins but I lost my third match 5-4 and everyone had won two games, so I felt some pressure.

“The final was tough. I played five games straight but I felt I was in my game and I managed to win, so I am very happy for that. It was very intensive and I didn’t play a lot last year but I did well. There are two Dutchmen in the last seven, so let’s see how we do.”

With Winners’ Group set to begin tomorrow, all remaining Group 7 players are now eliminated from the event, including Fortunski who ends with total prize money of $5,200.