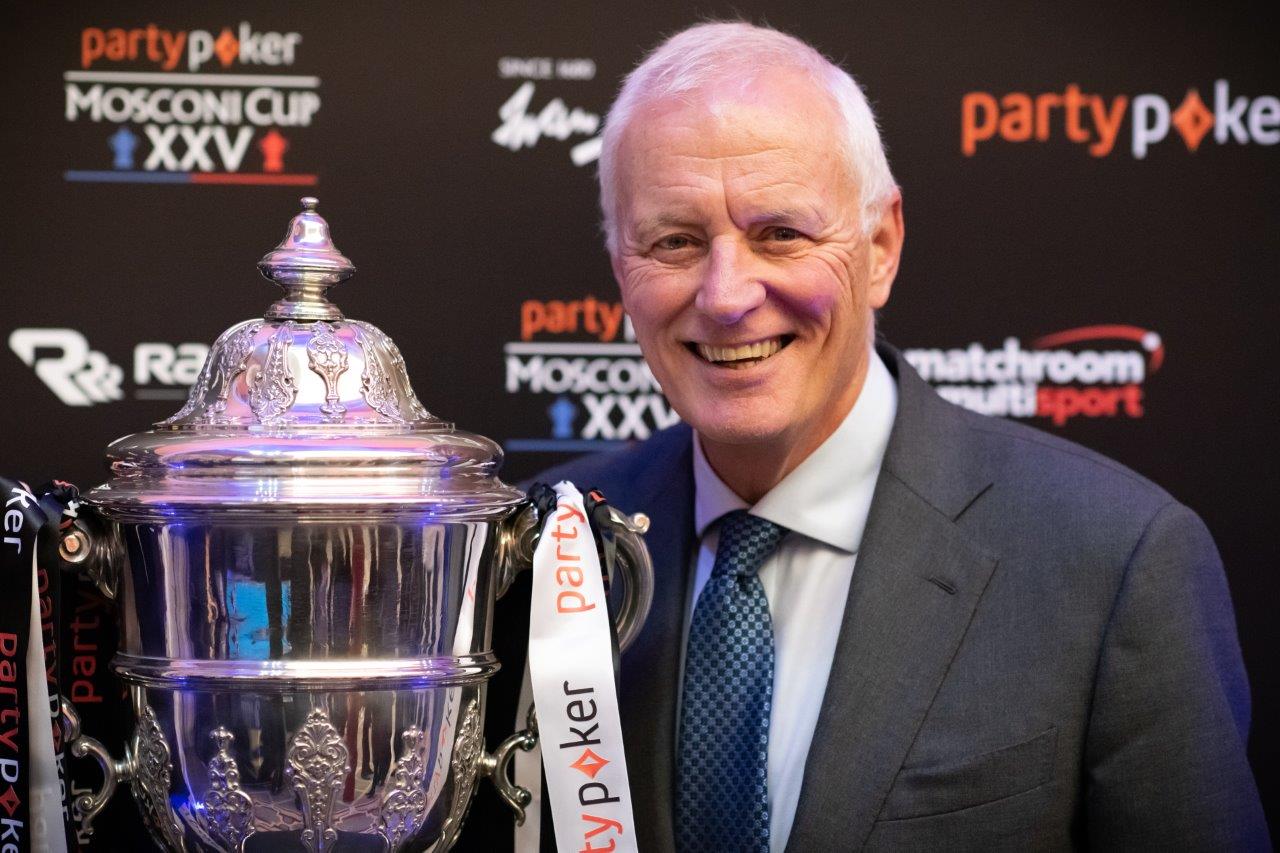 Matchroom Sport Chairman Barry Hearn has today been honoured with an OBE for services to sport in the New Year’s Honours List.

Barry Hearn is absolutely delighted with the honour from Buckingham Palace: “I am honoured to be included in the New Year Honours List with an OBE for Services to Sport.”

“For 45 years I have enjoyed every moment of my involvement in over a dozen sports and in watching my company, Matchroom Sport grow from a tiny office under a snooker hall in Romford, England with two staff into one of the world’s largest sports companies with over 650 event days organised each year globally and offices around the world.”

“I would like to put on record my gratitude to all the wonderful people I have worked with over the years, the thousands of sportsmen and women who have participated in my events, and to the millions of fans around the world who I hope have enjoyed the sporting events I have promoted.”

Hearn trained as a Chartered Accountant before getting involved in Snooker in the 1970s as Chairman of Luciana Snooker Halls (London) Ltd, at a time where snooker was starting to boom thanks to colour television and BBC coverage.

Both of these went hand in hand, as he began promoting sports events. By 1978, Hearn started to manage an aspiring snooker professional by the name of Steve Davis who later won the World Snooker Championship in 1981, what followed was a monumental rise in popularity that was described by Hearn as a ‘eureka moment’.

Matchroom formed in 1982 concentrating on snooker management and events before branching out into other sports with Hearn’s first foray into boxing promotion being Frank Bruno vs. Joe Bugner heavyweight clash in 1987 in front of 35,000 people at Tottenham Hotspur Football Ground.

As Matchroom hit its ten year anniversary, Matchroom Sport TV began trading with the company starting to move in the direction of event ownership, promotion, and television. The vast range of sports increased with the Mosconi Cup, an event which has become the biggest in Pool as the Europe and USA go head to head in the most dramatic event of the 9-ball pool calendar.

Matchroom Pool has taken the sport to a new level encompassing the most exclusive events in sport from the World Pool Masters, US Open 9-ball Championship, World Cup of Pool and in 2020 acquiring the rights in perpetuity to host the World Pool Championship

In 1995, Hearn became chairman of Leyton Orient FC – taking a majority stake which he maintained for nearly twenty years until 2014. Through shrewd management, during that period, the club developed its dilapidated ground and established itself as a sustainable entity whilst developing young local talent through its extensive youth programme. Still, now there’s a strong connection to the club with Hearn, Leyton Orient FC’s Club President.

Over the years, Matchroom’s portfolio under Hearn has burgeoned, taking a majority stake in the Professional Darts Corporation in 2001 helping oversee a boom in a sport which has seen arenas filled worldwide and some of the highest viewing figures in sport to match it. Prize funds increasing from £500,000 in 2001 to now around the £15 million mark a season.

In 2009, Barry Hearn became the majority shareholder in World Snooker Ltd with a powerful manifesto that promised to take the game to new heights across the globe. Since then the sport has grown and grown, with prize money increased from £3.5million in 2009 to over £16 million for the 2019/20 season with a host of new events introduced worldwide.

Innovation has always been at the heart of what Barry Hearn’s Matchroom does with other more recent sporting spectacles being launched including the World Championship of Ping Pong, Superstars of Gymnastics, British Basketball All-Stars, and British Fast5 Netball All-Stars.

Throughout this time, charity has always been an important part of the business with The Matchroom Sport Charitable Foundation set up by Hearn to create a significant and sustainable impact on deserving causes that make a difference to people’s lives. Millions of pounds have been donated to a wide range of charities throughout its many sporting activities, including sports and community charities, and a number of hospices for both children and adults.

To this day, Matchroom under the stewardship of Barry Hearn is one of the world’s largest suppliers of sports programming with a dozen sports to its name all in pursuit of excellence in their chosen field staged, promoted, and produced by some of the most creative mindsets in sport.