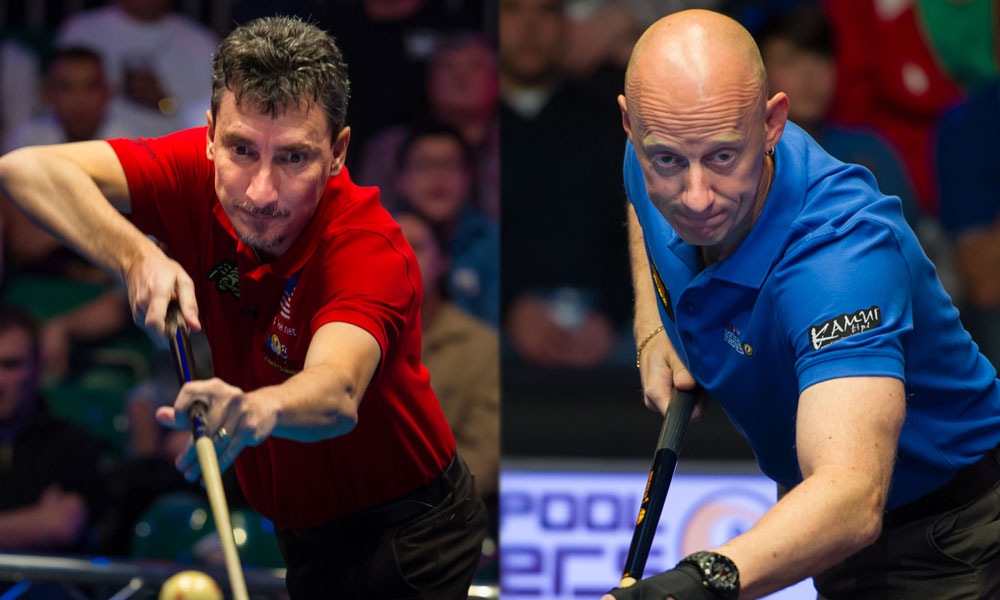 England’s Daryl Peach, who in 2007 became the first Englishman to win the WPA World 9-ball title, also joins the top-class field after Johann Chua and Jayson Shaw had travel issues.

Archer captained Team USA at the 2013 PartyPoker Mosconi Cup and has made an unrivalled 17 appearances for his nation in the annual transatlantic showdown.

His most recent appearance in the UK was to represent America in the World Cup of Pool in London in 2013. He will play Australian James Georgiadis in the first round.

Peach, from Blackpool, won the World Pool Masters in 1995 and has his sights set on a second success in pool’s leading invitational event.

“I am over the moon to be playing in the World Pool Masters,” said Peach, who plays Qatar’s Waleed Majid in the first round.

“I genuinely feel for Jayson, it’s a shame about his visa issues and I’m sure he will get another chance further down the road.

“In the meantime I have to give this everything I’ve got. It isn’t often you get handed a lifeline in pool so when it happens you have to make the most of it.

“It is every pro player’s aim to compete in the Matchroom events each year, but it’s a different ball game from just competing to actually going deep in the events. Hopefully this is my year!

“Waleed is a super talent so it should be a good match, and I’m very much looking forward to it.”

There are eight first round matches which complete on Friday evening and Saturday afternoon and evening, then the four quarter-final games on Saturday evening and Sunday afternoon. The tournament culminates on Sunday evening with the two semi-finals followed by the championship match. All matches are race to eight, winner breaks.

Tickets are priced at £5 for Friday evening and Saturday and Sunday afternoon, and £10 for the Saturday and Sunday evening sessions. To catch all the 9 ball action there is a great value season ticket taking in all sessions for just £30 available from SEE Tickets http://www.seetickets.com/tour/world-pool-masters