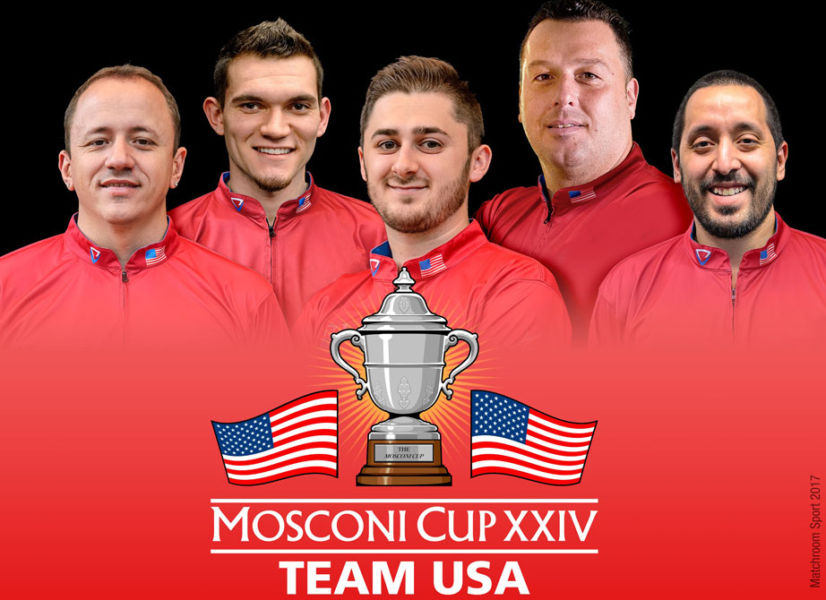 American five for the Mandalay announced

TEAM USA captain Johan Ruijsink has announced the five players who will make up his side and compete in the 24th annual Mosconi Cup which takes place from Monday to Thursday 4th to 7th December at the Mandalay Bay Resort in Las Vegas. With an eight-month period of qualification, Ruijsink selected five players from the top ten.

Commented skipper Johan Ruijsink, “The players have been picked so congratulations to all of them. This group now faces the huge task of trying to bring back the Mosconi Cup to the home country of pool. We will push hard to make it happen

“For now, the process of selection is behind us and we need to go forward and I am grateful for all the support we have received so far. After seven losses in a row, we can’t be the favourites in this year’s Cup, but we will certainly give it everything that we’ve got. So, to Shane, Dennis, Billy, Oscar and Sky… let’s go! It’s time to get into fight mode and prepare on this quest. Luctor et emergo!”

It is understood that Ruijsink will be taking the five-man squad to Russia shortly to compete in the Kremlin Cup. The tournament runs from 18th to 23rd September in Moscow and following its conclusion the team will heading to a secret location in Russia for an intensive training period.

Tickets for the Mosconi Cup are available from www.mosconicup.com

Souquet: I’m Overwhelmed To Be Back On Team Europe