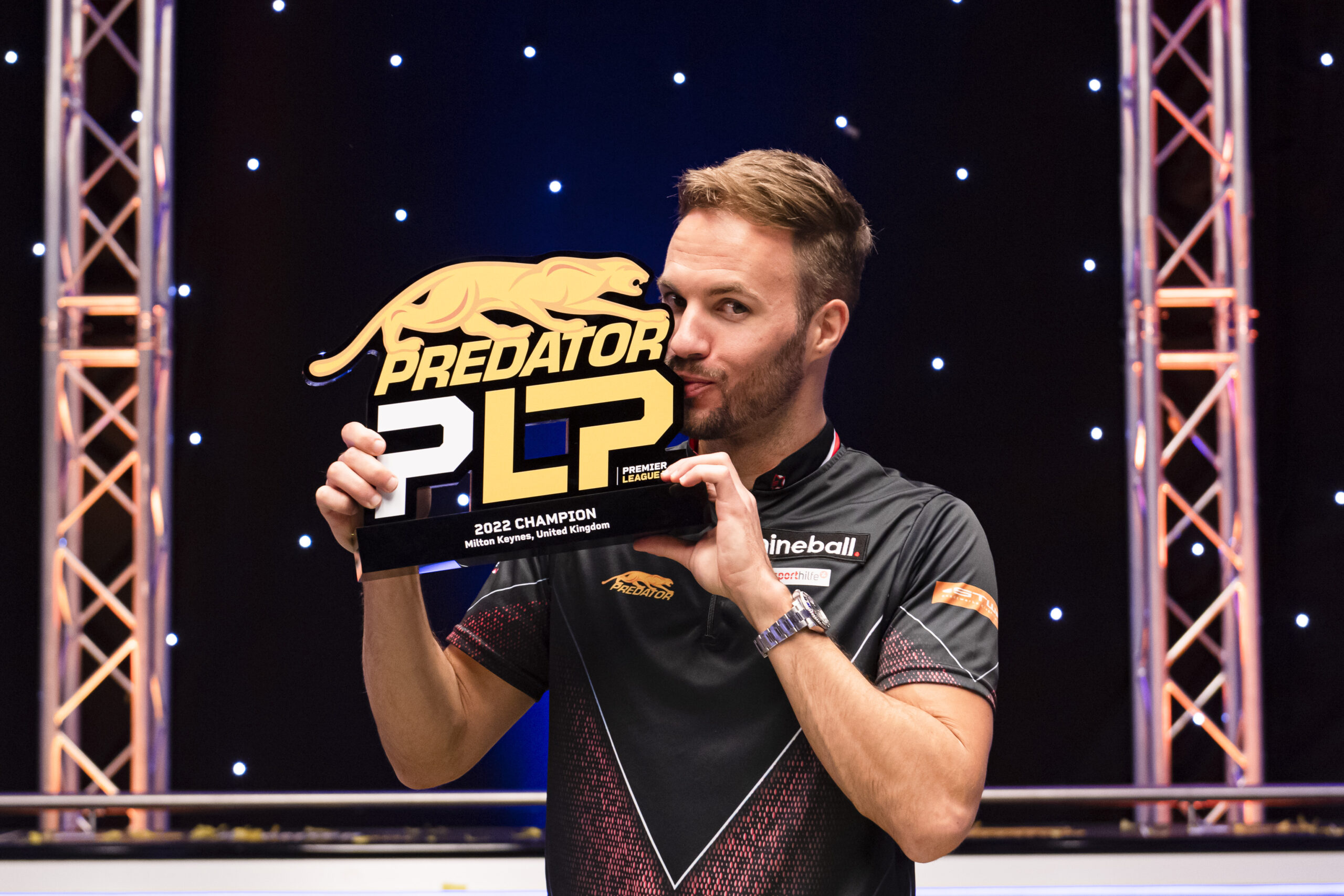 Albin Ouschan has won the inaugural Predator Cues Premier League Pool beating Joshua Filler 7-5 in the final at Stadium MK, Milton Keynes live on DAZN in the USA, and networks worldwide including Matchroom.Live.

Filler got off to the quicker start of the pair as he rallied up the first four racks without reply after winning the lag, but the tide turned in the fifth rack as the German left the one ball over the pocket after jumping the seven to get Ouschan on the board. Ouschan kept plugging away though as he moved to level at 4-4. There was very little to separate the pair all week and when it came to the tenth rack, it could’ve been seen as another momentum swinger as Ouschan scratched off the break, but he ended up taking the rack to level at 5-5.

From then on, Ouschan found what made him World Champion a little under 12 months ago to seal a memorable win over close friend Filler 7-5.

Ouschan said: “After I saw him in the first four racks, the way he played tremendously. I thought I would be the spectator in the final. I think he tried to jump after the break, and I got in a good position. I had a crazy miss on the 4 ball, but I had another chance and finally, I had to take it. I tried to stay calm and collected and I know I can do it. That’s the toughest part. I am super happy.”

“It’s a tremendous tournament again by Matchroom. It fits me better. Well-deserved from Josh, I think overall he played the best of all. The pressure got him hard in the end. He will come back stronger for sure.”

Filler reached the final after overcoming Jayson Shaw in the semi-final stage. The Team Europe Mosconi Cup teammates were doing battle for a fourth time in the tournament with Filler edging the head-to-head record 2-1. It was Filler who got the better start though as he swept home the opening rack before asserting a 4-0 lead, leaving Shaw with plenty of work to be done to find any route back into the semi-final. The German proved to be too strong in the end for Shaw to set up a huge final with World No.1 Ouschan.

Ouschan meanwhile found himself against five-time US Open champion Shane Van Boening who had moved into the semi-finals with relative ease despite being on the end of a whitewash loss to Ouschan earlier on in the day. Van Boening won the opening rack, but Ouschan soon took control to be on the hill at 6-3 but it was Van Boening who fought back to six apiece. In the penultimate rack, it seemed Ouschan had a 2-9 carom on to seal it, but he opted to play the table before being locked up behind the four ball. Van Boening duly levelled before Ouschan plugged his way through the final rack to win it 7-6.

Woodward’s chances of making the top four were brought to an abrupt end as the American struggled to get going in his final stage opener against Van Boening in a 5-1 loss but seemed to find some rhythm against Shaw despite a hill-hill defeat. The Kentucky Kid held a fantastic account of himself all week despite early setbacks and the two-time Mosconi Cup MVP finished in a flash to beat group topper Filler in his last contest to secure fifth place and $7,000, only missing out on the final four by rack difference.

Kazakis meanwhile snuck in late to the final six and knew it was always a tall order, especially after an opening loss to Filler but the World Pool Masters champion did hold a glimmer of hope after downing Woodward before Ouschan swiftly put him back into a fight for fourth spot. In the end, Kazakis settled for sixth and $6,750.

Predator Cues Premier League Pool sees 16 players compete in a league format with an increased prize fund of $100,000 guaranteeing each player $2,500 and the winner taking home $20,000.

The next event from Matchroom is the World Pool Championship at the Marshall Arena, Milton Keynes from Wednesday 6, April to Sunday 10, April where it will be Ouschan defending his title. Tickets are out on Monday, 28 February. Register here for ticket alerts.