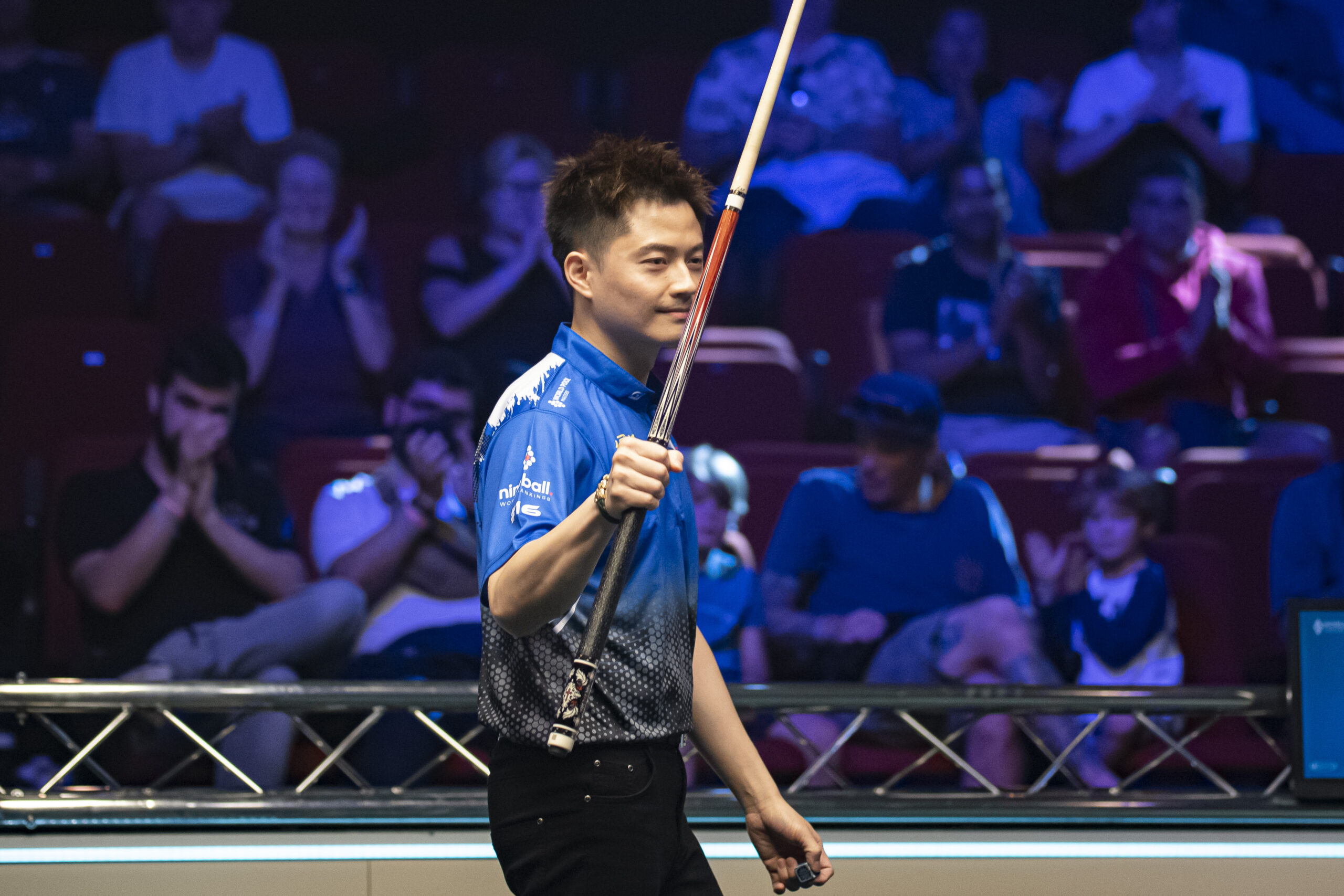 Albin Ouschan has been knocked out of the 2022 World Pool Masters at the Europa Point Sports Complex, Gibraltar live on Sky Sports, DAZN, Viaplay, and Matchroom.Live in selected countries as Francisco Sanchez Ruiz came from 5-2 down to beat the two-time world champion.

The evening session began at a canter as Joshua Filler wrapped up a huge 7-1 win over Skyler Woodward in a little over half an hour. On Woodward’s birthday, Filler was the party pooper as he barely got out of second gear on the way to victory whilst his American counterpart faltered. Filler’s golden break in the fourth rack put him 3-1 up before a bad miss cue from Woodward in the fifth rack left Woodward 4-1 down and a mountain to climb. The pair have done battle on countless occasions in the Mosconi Cup and it was Filler on this occasion who was getting the better of Woodward with a merciless showing.

Sanchez Ruiz had the home crowd support on his mission to reach the quarter-finals but faced Ouschan who was looking to bounce back from defeat to Shane Van Boening in the World Pool Championship back in April. It was a cagey opening affair as both Ouschan and Sanchez Ruiz scratched on their respective breaks as it moved to 1-1.

Ouschan put daylight between him and Sanchez Ruiz after winning the third and fourth racks to leave the Spaniard with work to be done. Sanchez Ruiz was locked out for large parts of the early exchanges as Ouschan locked him up in deep safety battles. The Austrian had his eyes on the quarter-finals as he led 5-2 with Sanchez Ruiz yet to put his stamp on the match but at that point things turned. Ouschan’s break left the cue ball tight on the eight with a rough angle on the one and it was from then Sanchez Ruiz took full advantage and make it 5-3. Into the next rack and Ouschan had the opportunity to reach the hill but unusually he missed a bank on the seven to give Sanchez Ruiz another bite of the cherry and go one behind.

There was a real momentum swing in the arena as Sanchez Ruiz rallied back to reach the hill first at 6-5 with a flawless rack before completing a comeback at 7-5 to send the local crowd into rapterous applause.

The first quarter-final of the tournament rounded off the night with Nineball World No. 5 Max Lechner meeting Ko Pin Yi who had already overcome brother Ping Chung and David Alcaide in the competition. Lechner struggled to get a hand on the table as Pin Yi continued to break effortlessly to move into an early 3-0 lead. Lechner though has become difficult to beat and he got back to back racks to make it only 3-2. That was Lechner’s last say on matters though despite only missing one ball all match. Pin Yi broke and run in 71% of his racks making 2.7 balls on average in the process. The Chinese Taipei’s performance arguably flawless making 98% of his pots and breaking and running in six of his even racks. Pin Yi will play in the first semi-final tomorrow evening against either Dennis Orcollo or Filler.

The quarter-final stage continues tomorrow afternoon from 12:30 pm UK time with Abdullah Alyousef meeting Lo Ho Sum. Filler’s reward for beating Woodward as mentioned is Orcollo. Mieszko Fortunski will take on Sanchez Ruiz. The semi-finals will take place tomorrow evening before the final which is a Race to 9.