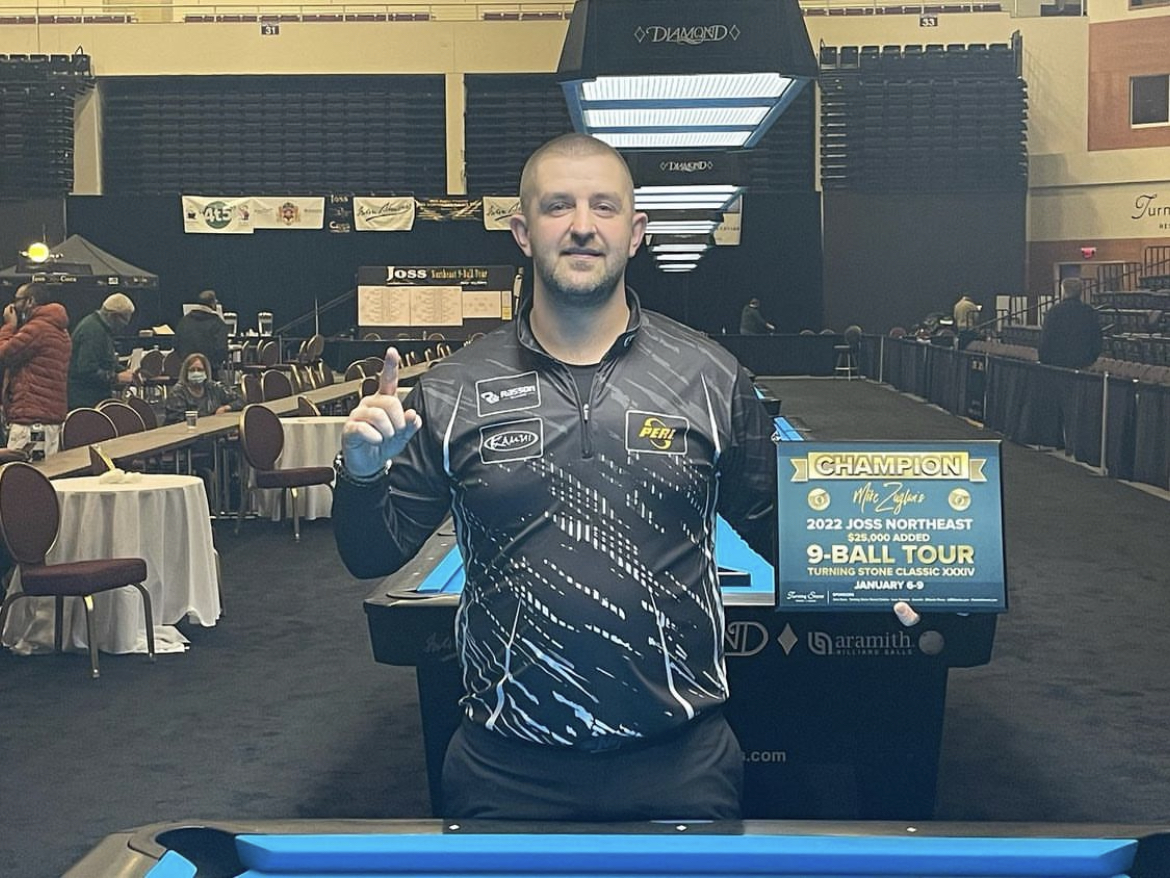 Matchroom is delighted to announce the opening two Nineball World Ranking events of 2023 will take place in the USA with the Turning Stone Classic XXXVI set to open the new year campaign from January 5-8 with the winner set to take home $10,000 before the 24th annual Diamond Billiards Derby City Classic Nineball Divison gets underway from January 25-28 at Caesars Southern Indiana.

The 2023 Nineball World Ranking schedule will be the busiest yet promising to give players undivided opportunity to ply their trade at the top level with the chance to force their way into contention at Matchroom’s flagships events including qualification for the Mosconi Cup, World Pool Championship and World Pool Masters amongst others.

The Turning Stone Classic sees 128 players do battle in the double-elimination format so familiar at some of the sports biggest tournaments with the likes of defending champion Jayson Shaw, Fedor Gorst and Mika Immonen amongst the early entrants.

Last year saw Gorst dominate the Derby City Classic as he became Master of the Table, but it was 2022 Mosconi Cup hopeful Francisco Sanchez Ruiz who got the better of Joshua Filler in the final.

Matchroom Multi Sport Managing Director Emily Frazer said: “I am so excited to have Mike on board with the historic Turning Stone for the first time, a highly respected event by top players and hope it’s the first of many tournaments and of course to be working once again with long term partner Chad at Diamond Billiards.”

“Players and fans can expect to hear news of the full Nineball World Ranking schedule in the coming weeks as well as our broadcast schedule, but we wanted to ensure players had maximum time possible to plan out their January and we hope this news does just that.”

“We are committed to growing the game of Nineball globally as the main commercial entity of the sport and we hope two huge events in the USA to start the season underlines just this.”

Chad Sharlow, President of Diamond Billiards said “DIAMOND looks forward to kicking off the New Year with the Derby City Classic and providing the opportunity for pool professionals to begin their year securing points towards the Nineball World Rankings.  Matchroom and DIAMOND look forward to providing players with professionalism and consistency throughout the tour. From the rules to the playability of the tables, the pros can rest assured everything will be top notch!”

DRAW MADE FOR 2022 US OPEN POOL CHAMPIONSHIP