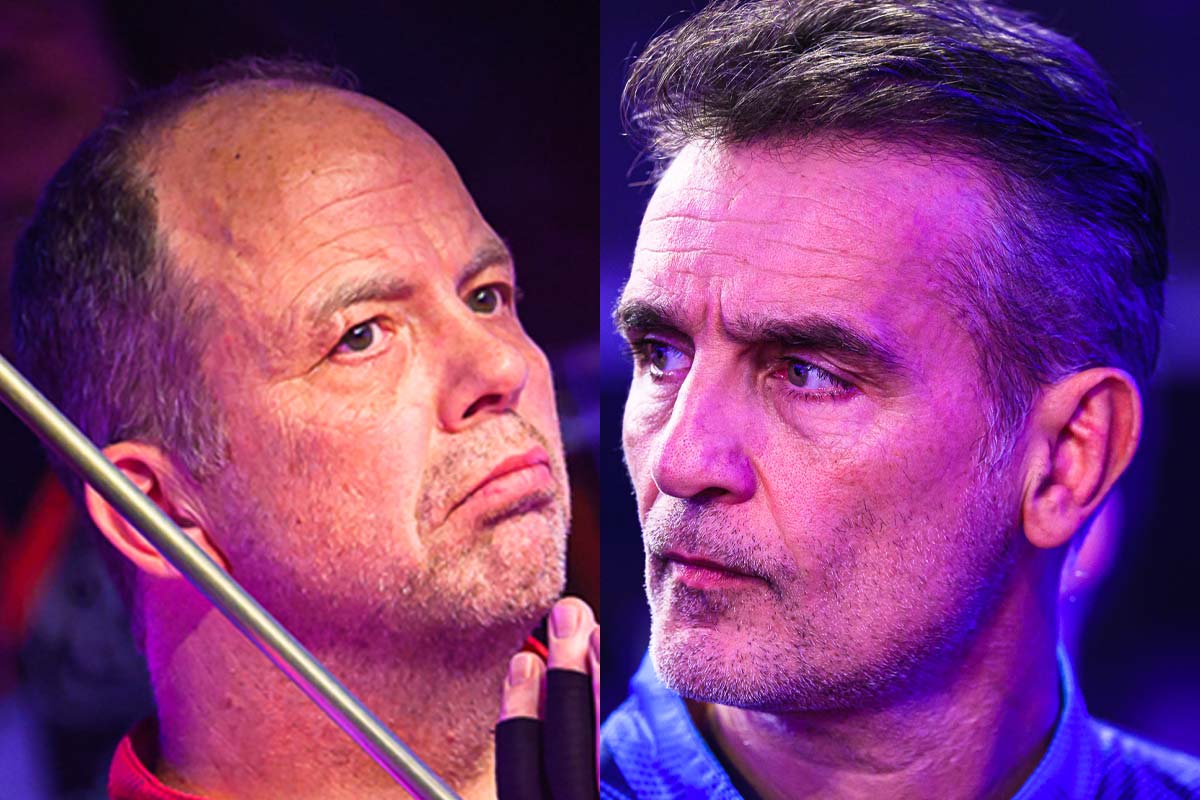 Jeremy Jones and Alex Lely will return as captains for Team USA and Team Europe respectively at the 2022 Mosconi Cup, Bally’s Las Vegas from November 30-3 December with only limited tickets available for fans to soak in the action at pool’s biggest event.

Europe’s two-time winning captain Lely will return for a third stint as chief as he looks to seal a three-peat and a first victory in the USA since 2017 when Europe ran out 11-4 victors.

The USA put up a spirited display last year with Jones having to step up to playing captain after losing Earl Strickland just 24 hours before the action got underway and will be seeking to take inspiration from their showing last year in Las Vegas this time around.

Jones is fired up more than ever to deliver success for the home fans: “I am grateful. I wanted this opportunity again to put the last two years to bed and show what the USA is all about. I can’t freakin’ wait to get revenge on Europe in front of a home crowd. I want to give them something to cheer about.”

“Fans, be prepared. We’re red, white, and blue all the way through and we will deliver a year to remember for USA and most importantly Lely. This will be the best Mosconi Cup ever.”

Lely led his side to a dramatic turnaround after a slow opening two days in 2021 to seal an 11-6 win at Alexandra Palace with Jayson Shaw starring as MVP for the second year in a row. The Dutchman is aware this year will be a much sterner challenge though: “It feels great. I am honoured and I am looking forward to going to the USA. I am happy I get the chance to defend the cup in Las Vegas. I will fight for it more than ever before. The atmosphere will be intimidating, and my players must react to it. In 2019, it was the first time the fans got into the European players faces.”

“I know how much the USA want to take the Mosconi Cup trophy back. I’m not willing to let them get their hands on it. We have so much more to give, and we will silence the USA crowd.”

After record sales, there are only limited seats now available to watch the teams compete live. The new theatre-style arena will be created at Bally’s Las Vegas to accommodate the biggest seating capacity staged for a Pool event in the USA, catering for 2,000 supporters travelling from far and wide to catch a glimpse of the action. Remaining tickets start from $69 right here.

News on both sides Vice-Captains will come soon.

The top two players from each team off the Live (2023) Nineball World Rankings will be selected after the conclusion of the 2022 US Open Pool Championship at Harrah’s Resort, Atlantic City October 10-15.

The final three players from each team will be picked after the conclusion of the European Open Pool Championship from November 15-20 with one further player from each side joining from the Live (2023) Nineball World Rankings followed up by two wild card picks.

The 2022 Mosconi Cup returns stateside for the first time since 2019 when the USA secured a famous 11-8 victory over their European counterparts, and they will be looking for a similar scoreline come this fall at Bally’s after back-to-back defeats in 2020 and 2021.